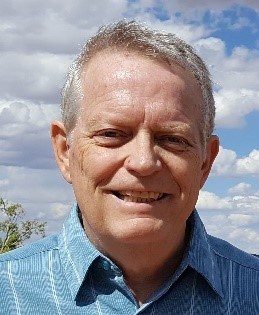 Kevin Lee Hickman, age 64, of West Jordan, Utah, passed away Wednesday, August 10, 2022, at Pheasant Run Memory Care in South Jordan, Utah, after a courageous journey through Early Onset Alzheimer’s Dementia. Kevin was born in Salt Lake City, Utah, on Easter Sunday, April 6, 1958, to Gerald Mark Hickman and Ila Marjean Peterson Hickman. He married the love of his life, Jodie Lynn Hamilton Cloward, on February 5, 2000, in West Jordan, Utah. He and Jodie were sealed for time and all eternity in the Jordan River Temple on June 14, 2003. Prior to their marriage, he married Mary Tait in September 1982 (later divorced) and they are the parents of Patrick Jon Hickman and Kevin Andrew Hickman; he married Sherrie Clayton on November 9, 1989 (later divorced) and they are the parents of Zachary Allen Hickman and Megan Leigh Hickman. Kevin and Jodie have 12 grandchildren, eight born into and four loved into their family. Whenever Kevin was asked what he liked to do, his immediate response was “Spend time with my family!” Kevin grew up in Sandy, Utah. Growing up and during his adult years, he spent his summers at the family cabin on the east shore of Bear Lake in Idaho, winters snow skiing at Brighton and Alta, attending concerts at the Salt Palace, and many hours hunting deer, elk, and antelope with his family. He graduated from Brighton High School in 1976. He worked in the grocery business for Harmon’s during and after high school and then held various clerical jobs with Blue Cross Blue Shield, Gem Insurance, Community Nursing Service, Anagraphica, Inc., ADC Telecommunications, Appliance Techs, Safety West, and WMI Mutual Insurance Company. Kevin loved to drive and received his CDL through Salt Lake Community College in January 2005. He was a commercial truck driver for only a short period of time, as he hated being away from home and returned to clerical work! His last job was shuttling cars destined for auction throughout Utah and Idaho for Enterprise Rent-A-Car. Kevin found great joy in serving others! He volunteered many hours at Tiny Tim’s Toy Factory in West Jordan, where he played a part in helping them produce over one million wooden toy cars donated to children around the world. Kevin and Jodie shared a love for all things chocolate and he was well-known for making amazing toffee smothered in chocolate and nuts for family and friends. Kevin had a deep love for Heavenly Father and Jesus Christ. He had a strong testimony of the Plan of Salvation, which carried he and Jodie through this journey. He was a faithful member of The Church of Jesus Christ of Latter-day Saints and was ordained a High Priest on January 7, 2003. His most recent calling was one he truly loved: teaching Primary for many years with his dear friend Dennis Gillen. Prior to that, he served as Ward executive secretary, Elders Quorum counselor, High Priest Group Leader, a member of the West Jordan Bingham Creek Stake High Council, and taught youth Sunday School with Jodie. He was called to serve as a veil worker in the Jordan River Temple in October 2014 and was released when the temple closed for renovation on February 15, 2016. Kevin was preceded in death by his parents and his brothers Barry Hickman and Scott Hickman. Kevin is survived by his wife, Jodie; children Patrick (Valerie), Andrew (Rachel), Zachary, and Megan (Dalton); step-children Ashley Cloward (Br’er), Brittany (Stephen) Edwards, and Austin Cloward (Rachel); born in grandchildren Jacob, Destinee, Alexander, Deekan, Brailey, Rebecca, Samantha, and Valentine; loved in grandchildren Natalie, Jayla, Veda, and Cyrus; brother Mark (Celesta) Hickman and sister Kristie (Dave) Hyde. Kevin was diagnosed with Early Onset Alzheimer’s Dementia on December 20, 2018. We wish to thank our many family members and friends who helped us along our journey, especially those who provided loving caring for Kevin on a daily basis at Anagraphica, Inc., Neighborhood House, Pheasant Run Memory Care, Harmony Home Health and Hospice, The Key, Senior Care Solutions, and Riverway Memory Care. We couldn’t have survived without you! A funeral service will be held on Friday, August 19, 2022, at 11:00 a.m. at Valley View Memorial Park and Funeral Home, 4335 West 4100 South, West Valley City, Utah 84120. Viewings will be held Thursday, August 18, from 7:00 to 9:00 p.m. and one hour prior to the funeral service on Friday. Interment at the Valley View Memorial Park Mausoleum will follow the funeral. In lieu of flowers, please consider taking your family on a memorable outing or making a donation to further Alzheimer’s research. Thank you!
VOIR PLUS VOIR MOINS