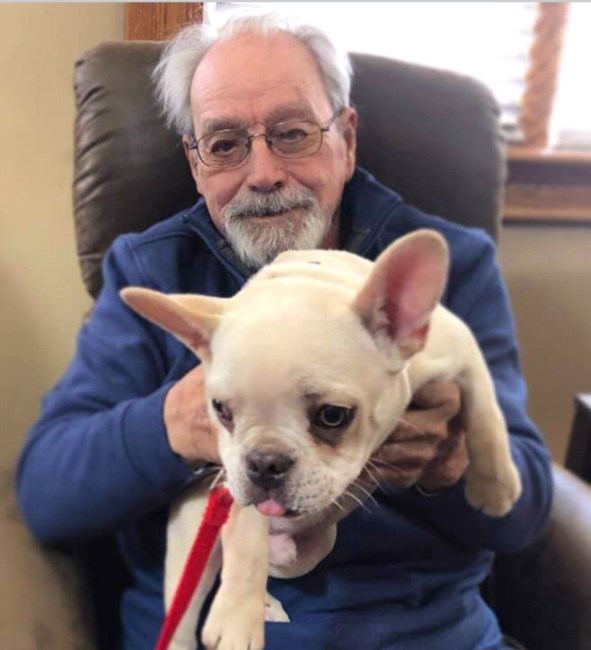 Ronald Wayne Coleman passed away peacefully Tuesday, May 3, 2022, in Wichita, Kansas. Ronald was born July 14, 1932 in Sylvia, Kansas, the son of Emery N. and Annis B. (Stewart) Coleman. Ronald served in the U.S. Army in the 1950’s as a propulsion explosion specialist. After returning to civilian life, Ronnie worked as a mechanic at Byron Stout Pontiac and later drove for Mardis Iron and Kenco Trucking. He spent recent years volunteering at the Kansas Aviation Museum, assisting with the restoration of historic aircraft. Ronnie never met a stranger; he could talk to anyone about anything. He enjoyed gardening and his flowers, attending family functions, the annual Stewart reunions, and riding his Harley. While he had a soft spot for all animals, his cats were his pride and joy. Ronald Wayne Coleman was preceded in death by his long-time companion, Mae B. Burris, who was the love of his life. His parents Annis B. and Emery N. Coleman, his sister Ann M. (Coleman) Thornburg, niece Carol S. (Thornburg) Benoit, his nephew Donald F. Jendel, and nephew-in-law Joseph I. Mikesell also precede him. He is survived by his sister Virginia G. (Coleman) and her husband Kenneth Jendel Sr., brother-in-law Kenneth Dale Thornburg, daughters Anna M. (Coleman) Herrera, Judith Coleman and son Ronald W. Coleman Jr. Nieces and nephews Karen L. Mikesell, Deborah L. McDonald, Charles K. Jendel Jr., Jerald M. Jendel, Daniel E. Jendel, Timothy M. Jendel and Marcia A. Ortiz, along with great-nieces, great-nephews, and many friends to cherish his memory. Memorials may be made in Ronald’s name to the Kansas Aviation Museum, 3350 George Washington Blvd, Wichita, Kansas 67210. Cremation was chosen and there are no services planned.
VOIR PLUS VOIR MOINS