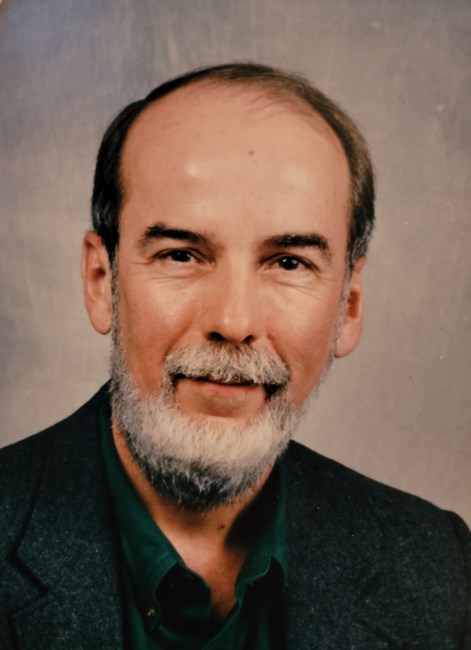 Dennis Michael Peterson of Ames, IA, loving husband to Nancy Bevin, father to Michael, and grandfather to Alex, Emma, Jonathan, and Isabelle Peterson, passed away after a long illness on March 4, 2022. He was 78 years old. Dennis was born in International Falls, MN, on October 23, 1943, to Frances (LaDu) and William Peterson. The family moved to Minneapolis, then St Louis Park, MN, in the 1940s. Following graduation from St Louis Park High School, Dennis earned his Bachelor’s degree from Macalester College in St Paul, and an MA from the University of Minnesota. At Macalester, Dennis met Barbara Ann Wilson, who would later become his first wife and the mother of their son, Michael. Dennis’ education in International Relations and Diplomatic History, along with intensive Spanish study in Washington, D.C., helped him prepare for the State Department’s Foreign Service exam and an eighteen-month post at the US Embassy in Guatemala. Upon returning to Minnesota, Dennis completed his graduate program and began seeking work in his area of study. In May of 1970, he attended a Kansas City convention of the National Association for Foreign Student Affairs (NAFSA). While there, he interviewed for a position at Iowa State University (ISU), which became the prelude to a rewarding and challenging career spanning over three decades. ISU offered Dennis the position of international student advisor, and his life’s work began. For the next 34 years, he and his colleagues encouraged and advised students who studied abroad, welcomed international students and professors, and provided assistance with a multitude of personal, financial, cultural and immigration issues. Meanwhile, he held many leadership roles in his professional organization (NAFSA) and eagerly promoted international study exchange. In 2004, Dennis retired as ISU’s Director of International Students and Scholars. Following his retirement from ISU, Dennis joined Youth and Shelter Services, a non-profit organization that provides a wide range of programs to support children and youth development. Working as a planned giving officer, he raised contributions from donors with the goal helping young people refocus their lives for a healthier and happier future. A special added bonus was appearing as Santa Claus at holiday gatherings. Dennis’ service was recognized several times. In 1987, Macalester College awarded him the prestigious Distinguished Citizen Award which recognized both his humanitarian leadership and his “unselfish and effective service to the community, the nation, and the world.” In 1995, NAFSA presented him their Distinguished Service Award. Dennis was a good sport and enjoyed friendly competitions in tennis, ping-pong, golf, and his special favorite, poker, with an animated group of friends. He was known by family, friends, and colleagues for his humor and quick wit, easy-going personality, and empathy. His genial temperament and professional training in diplomacy helped him approach human relations with a generosity of spirit that put persons at ease and endeared him to many. Dennis was preceded in death by his parents, Fran and Bill Peterson. He is survived by his devoted wife and best friend of 25 years, Nancy Bevin, with whom he shared a love of music and dancing, reading, spirited games of Scrabble, and the St Louis Cardinals. Others left to treasure his memory are his son Michael and wife, Colleen, four grandchildren, sister, Francie Anderson and her husband, Mark, his niece, and nephew Lindsey Carlson and Joey Anderson, and his first wife, Barbara. Nancy’s children, Wayde and Wendy Warehime, and their families, also mourn his loss. His family and all who loved him remember the richness of Dennis’ life and legacy: his kindness, good work, and experiences which included travel to Ukraine, China, Egypt, Mexico, and several countries in Western Europe. Sadly, in his later years, a wealth of memories and stories was lost to Dennis’ illness. Those nearest to him, however, recall with a smile his glad heart and and generous spirit. The warmth of his gentle soul, even in illness, lights the memories of all who loved him. The family suggests that memorials be made in Dennis’ name to the Alzheimer’s Association. Other ways to honor the fullness of his life: donate to UNICEF or Doctors Without Borders, support a young person’s dream of studying abroad with a scholarship at Iowa State University, give to Youth and Shelter Services, join the Friends of Ada Hayden Heritage Park, become a member of Reiman Gardens, love one another. A celebration of Dennis’ life is planned for 2 o'clock on May 29 at the indoor Garden Room, Reiman Gardens, in Ames. Friends and relatives are encouraged to share their stories and memories at the event.
See more See Less

In Memory Of Dennis M. Peterson