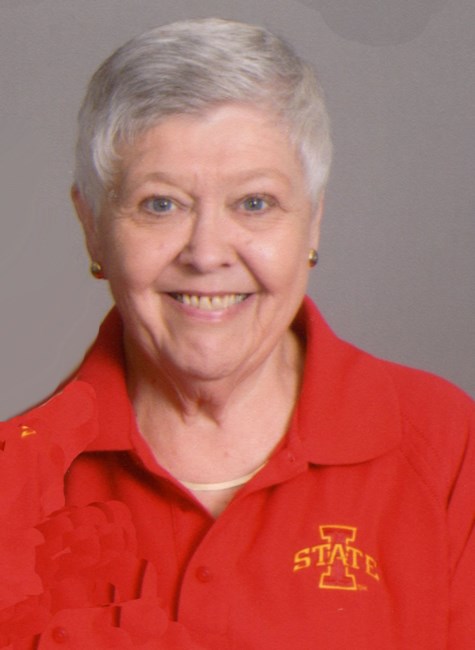 Patricia “Trish” Kay Swanson Patricia “Trish” Swanson passed away on August 7th, 2020, at Mary Greeley Medical Center in Ames, IA. She was born on December 1, 1943 in Ames, IA to Richard and Florence Clayberg. She attended Story City Public School and Ames High School where she graduated in 1961. Patricia held several jobs in the Ames area until she met Dennis Swanson in 1973. They were married in 1975 and lived a happy, eventful life for the next 45 years. One of the more eventful parts of their life were the many places they lived. Most of these moves were associated with her husband's job changes. Patricia could pack up a house and get it ready to move with the best of them, since they moved approximately 25 times. The greatest part about living in so many places was being able to meet so many different people and making countless friends, many of whom are still friends today. Another eventful part of their life was traveling. Patricia was especially proud that she was able to visit all 50 states, Alaska being the last one. Two of her other favorite places were San Francisco and Las Vegas. During the many different places that they lived, Trish (she started calling herself this around 1986), mostly worked in Accounting or Office Management. Trish was a life member of Beta Sigma Phi sorority, as well as the Story City Legion Auxillary #59 and P.B. Moss Society. She was also a member of Bethesda Lutheran Church in Ames, IA, where she loved to volunteer working on several committees and in the church office. Trish is survived by her husband, Dennis L. Swanson; their son Scott T. (Yolanda) Hohenshell, Kyra, Ashley and family of Portland, OR; her brother, Mike (Judy) Clayberg; her two nieces, Wendy (Randy) Warden and Lance of Altoona, Marci (Brett) Burns and Regan of Marshalltown; and two nephews, Aaron (Lisa) Clayberg, Austin and Carter of Ames, and Nathan (Kelly) Clayberg, Rachel and Daniel of Independence, IA; her brother-in-law, Duane (Marty) Swanson of Ames; Kirstin (Adam) Fett and Jake of Nevada, IA and many other relatives. A special mention to her best friends Lois and Rick Slobe. She was proceeded in death by both her parents, grandparents Bob and Gretta Burnett; Ed and Florence Clayberg, and her brother, Rick Clayberg. Trish would also like to thank the following “Honorary” pall bearers: Rick Slobe, Eric Bibler, Aaron Clayberg, Nate Clayberg, Randy Warden, and Brett Burns. She will be cremated and a Celebration of Life will take place in 2021 if the virus permits. Finally, a special message from Trish: “I would rather have it and not need it than need it and not have it.” Words she lived by.
See more See Less

In Memory Of Patricia Kay Swanson