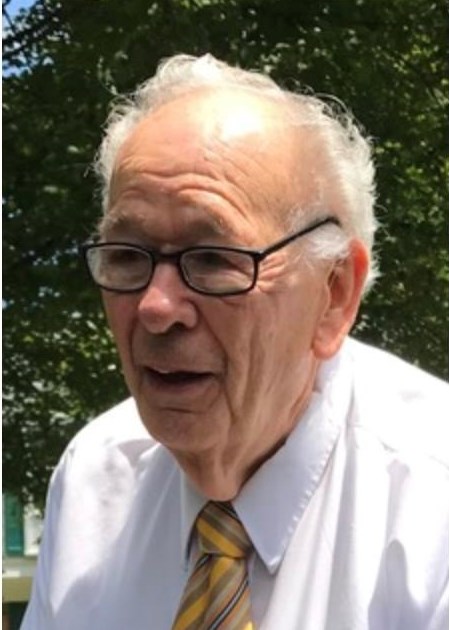 Donald Boyd Hare passed away peacefully with loved ones by his side on January 4, 2020 at Transitions LifeCare in Raleigh, North Carolina. Donald was born on November 17, 1929 in Clairton, Pennsylvania to Lee Roy Hare and Venus Brown Hare and was married for time and all eternity to Dorothy Louise Johnson in the Salt Lake City Temple on March 18, 1953. They have 6 daughters, 21 grandchildren, and 23 great grandchildren. Donald served in the United States Army and in the United States Public Health Service Commission Corps, under the military branch of the Coast Guard, where he advanced to the rank of Captain. He served the community as a Pharmacist for the National Institutes of Health (NIH) and as a Special Assistant to the Director of Generic Drugs for the Food and Drug Administration (FDA) for over 50 years in the Washington, DC area. In addition, Donald served as Treasurer for the Maryland Coalition Against Pornography (MCAP) for over 20 years. Donald was a lifetime member of The Church of Jesus Christ of Latter-day Saints. He served a two-year mission for the Church in the Northern States Mission from 1950-1952 and served faithfully as a home teacher throughout his life, blessing the lives of many individuals and families. His life truly reflected the light of the Savior, Jesus Christ, whom he strived to follow daily. Don loved taking family road trips across the country and being at his Outer Banks beach cottage with family and friends. He also enjoyed reading, researching family history, eating ice cream, spinning a yarn and pulling your leg. He was an avid sports fan and enjoyed playing tennis and basketball, as well as going to his children’s, grandchildren’s, and great grandchildren’s sporting events. He loved his Savior and his family and had a heart and a home that made room for everyone. #noemptychairs He is survived by his wife, Dorothy, and his six daughters: Emma Kay (Donald Curtiss), Susan Elizabeth (John Rich), Venus DeAnn (Erik Draper), Kimberly Lynne (James Michael Talentino), Judith Marie (Kent Van Leeuwen), Cristin Louise (Patrick Fields). His great granddaughter, Lila Rose Rich, preceded him in death. In lieu of flowers, memorial contributions may be made in Donald’s honor to the following non-profit organizations: -Transitions LifeCare 250 Hospice Circle Raleigh, North Carolina 27607 http://transitionslifecare.org/donate/ -Maryland Coalition Against Pornography PO Box 2868 Silver Spring, Maryland 20915 http://mcap1.com/ The family would like to express sincere appreciation to the Transitions LifeCare team for their compassion and care during Don’s final moments on Earth. They would also like to express heartfelt gratitude to all those who lent support and prayers to the family during Don’s final illness and passing.
See more See Less

In Memory Of Donald Boyd Hare