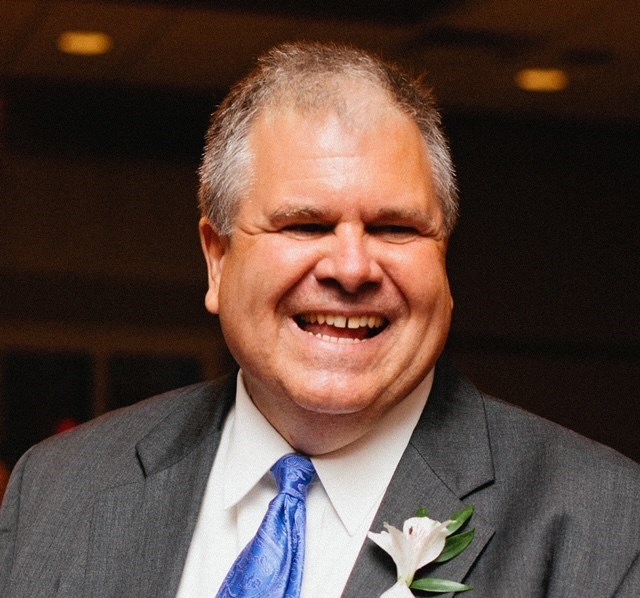 Robert Mark Winslow, 64, of Cary lost his life in a tragic accident near Ocean Isle Beach, NC, on Saturday, February 27, 2021. Robert Mark Winslow was born in Millville, NJ on October 13, 1956 to Donald Winslow and the late Louise Stewart Winslow. He graduated from Page High School in Greensboro, NC. He began his college education at the University of North Carolina - Chapel Hill, before transferring to the Medical University of South Carolina - Charleston where he received his Bachelor of Science degree, followed by his Doctor of Pharmacy (PharmD) degree, graduating in 1983. Bob began his pharmacy career at NC Baptist Hospital in Winston Salem, NC, where he started the drug information service and a pharmacy residency program. In 1996, he moved to Cary, NC, accepting a position in medical information at GlaxoSmithKline. In 2006, he transitioned to Quintiles (now IQVIA) as the sole person in the medical information team and it has since grown to over 900 people around the globe. Bob met the love of his life, Mary, in high school and they married in 1979. He was a loving father to Matt and Whitney. Matt is married to Helen and together they have Bob’s beloved grandchildren, Abby and Mark, who loved their Big Guy and delighted in his hugs and fun antics. Bob loved his Lord and Savior, Jesus Christ, and wanted others to know the same peace and strength he found from his faith. He loved to serve others. He was happy to help out in any way he could, including teaching Sunday School, working with and mentoring youth at church, serving in leadership positions and teaching various classes including Dave Ramsey’s Financial Peace University. Over the past decade, he devoted much time to Celebrate Recovery - a group dedicated to helping people struggling with addiction. Bob had an infectious smile and a kind word to say to everyone he met. His generous heart was unlike any other. He loved his family, friends, work, and especially enjoyed time spent at Ocean Isle Beach. Bob is preceded in death by his mother, Louise Stewart Winslow. Bob is survived by his wife, Mary Martin Winslow (Cary, NC); son, Matthew Winslow and his wife, Helen (Cary, NC); daughter, Whitney Winslow (Durham, NC); his father, Donald Winslow and wife Daisy (Spartanburg, SC); his sister Pat Nichols and husband Joe (Union, SC); his brothers Don Winslow and wife Debbie (Cayce, SC), Rich Winslow and wife Mabel (Ocean Isle Beach, NC), David Winslow and wife C.C. (Winston-Salem, NC), Stewart Winslow and partner Crystal Stoudemire (Drayton, SC), and Bill Winslow and wife Kim (Columbia, SC); his brother-in-law Bud Martin and wife Debbie (Concord, NC); and a well-loved extended family including an aunt and uncle, cousins, nieces, and nephews. In-person attendance of the memorial service will be limited to immediate family only, but the service will be livestreamed on Saturday, March 6th, 2021 at 2pm EST via the "join livestream" link listed below. The family is planning an outdoor celebration of life event later this year and looks forward to remembering Bob with people whose lives he has touched. In lieu of flowers, donations to either of the following charities are appreciated: Bob’s local group of Celebrate Recovery (https://carecenter.churchcenter.com/giving - click “General” and then click “In Memoriam: Bob Winslow” in the dropdown menu), or The Anchor Initiative, a special project within the Brunswick Sheriff’s Charitable Foundation, which provides care, recovery, and treatment for individuals with substance use problems (http://www.sheriffscharity.com/donate/ - if donating digitally, please click donate and then select “Anchor Initiative” from the “Use this donation for” select menu)
See more See Less

In Memory Of Robert Mark Winslow