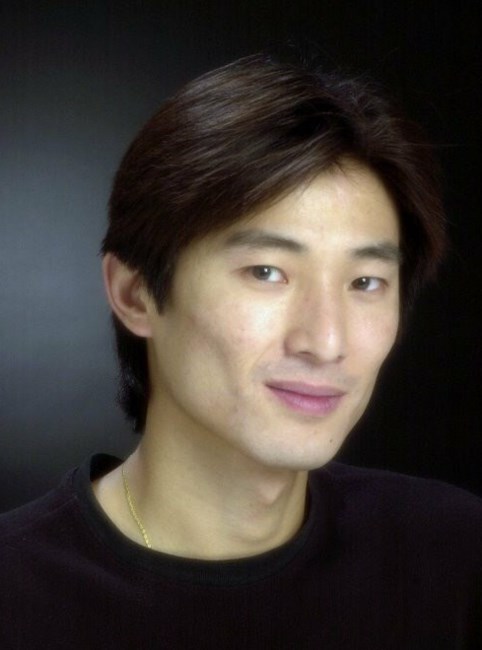 Wei Ni, a professional dancer, a great teacher, a community contributor, and a lovely person to be around, passed away on January 10, 2020. He was born April 3, 1972 in China to Zuoyu Ni and Bao Lan Chen. He leaves behind his wife, Vivian Wen, his brother Da Ni, and his parents in China. Wei Ni began studying ballet in 1984 at the Shenyang Ballet Academy of China. Upon graduating in 1990, he joined the Liaoning Ballet where he was promoted to a principal dancer. From 1996 to 1999, he danced as a principal dancer in the Guangzhou Ballet. Wei moved to the U.S. in 1999, whereupon he joined the Tulsa Ballet in Oklahoma as a soloist. He later transferred to the Cincinnati Ballet in Ohio in 2001. From 2002 to 2003, he performed as a soloist in the Pittsburgh Ballet in Pennsylvania. Wei settled down in North Carolina as a principal dancer with the Carolina Ballet in Raleigh from 2003 to 2009, but then retired from the Carolina Ballet due to knee injury. After retiring from the Carolina Ballet, Wei began his teaching career. During 2009 to 2016, Wei was the Master Teacher and Assistant Director of the North Carolina State Ballet. He started Wei’s Ballet school in 2015. Most recently, he partnered with Miguel Campaneria to become the co-owner of the Campaneria Ballet School. Wei was an accomplished professional dancer. In the early years of his career, Wei participated in many international ballet competitions and won the Gold Award for the youth group in the Lyon France Ballet Competition. He also won 2nd place honors in the actor’s group of 1993’s China National Wide Ballet Competition. He always was the principle dancer. While with the Carolina Ballet, he danced as the principle in Carolina Ballet’s masterpiece “Nutcracker” for 7 years. From 2012 through 2015, Wei was the acting Artistic Director and Choreographer in the Charlotte Blume School of Dance located in Fayetteville. He was a gifted teacher of both children and adults in RTP. Wei had an excellent reputation and earned the respect among his students and their parents alike through his endless effort and whole-hearted love towards teaching ballet. To kids, he was a role model. A few of his students even joined ballet companies to begin their professional career in ballet dancing. To adults, he energized the love for ballet in the community. Women of all ages and levels of experience joined his class. He was encouraging, patient, comforting, and approachable. Most importantly, he never gave less than 100% of his time and energy to help guide his students towards becoming the best they could be. He felt very proud of his students each and every day as they improved and achieved their goals in ballet dance. Wei participated in community activities frequently by contributing his professionalism in ballet dancing and as choreographer. At the annual CAFA spring festival, he was one of the judges for years. He as always generous with his personal time to any local dance group or dancer asking for his assistance, advice, or comments without expecting anything in return. He was a lovely person to be around – humorous and of kind heart. All of the conversations and messages were so happy moments, which have now turned into sad memories…. His passing brings all those who knew him to tears. Wei Ni will be remembered forever. The Memorial Service: Sunday, January 19, 2020, 2:00PM-4:30PM 550 W. Williams St., Apex, NC 27502
See more See Less

In Memory Of Wei Ni