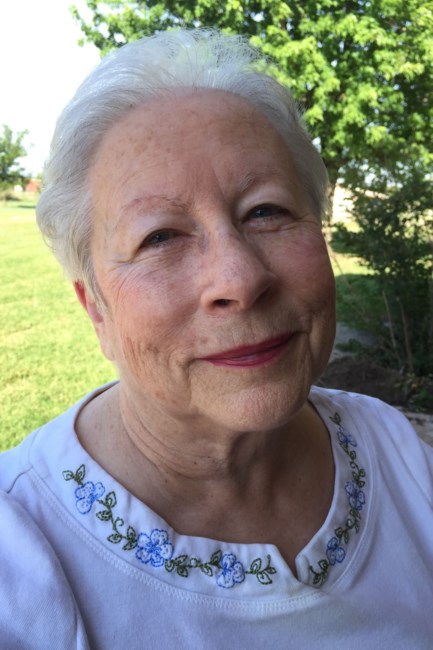 Anne Fryar, 1943 - 2022 Anne Fryar was an ambitious and intelligent lady known for her lifelong love of family, science, animals, plants, Bible study, and, whenever possible, coffee and red velvet cake. In 1943, in New Jersey, Anne became the first of five children spanning 12 years born to John and Florence. Anne lived in several cities in New Jersey and always found time to spend with her maternal Grandpa and Grandma. Anne made her fondest childhood memories with Grandpa, who took her ice skating on a pond behind his house, read to her for hours, and played the organ for and with her. When Anne was in junior high, her family including Grandma who was still living by then and Anne’s beloved cat Biddy, settled in Georgia. Throughout Anne’s formative years she enjoyed music, played the violin, and desired to become a singer, but her biggest passion was being with nature and animals including flowers, cats, dogs, and birds. Although Anne grew up mostly attending Methodist services with her family, she looks back on an altar call at a Baptist church in Georgia where she attended with her friend who was the daughter of the pastor as the point at which she responded to the Gospel message and trusted Christ as her Savior. Anne moved interstate with her family again to Texas for her final year of high school and worked briefly as a lifeguard at a local swimming pool while there. Also in Texas, Anne was baptized at Berachah Bible Church and continued to attend mostly Bible churches wherever she lived from then on. In addition to attending church, Anne enjoyed individual and group Bible studies and listening to Christian programming on radio and television until the end of her life. Anne was ahead of her time in terms of career ambition. She entered college to study biology and married Jerry Fryar before earning her bachelor’s and later master’s in biology. Biology was an uncommon field for women of that era, but Anne enjoyed her lab teacher position, research with squirrel monkeys for her thesis, and other jobs in the field of biology that she held off and on until retirement age. Anne and Jerry welcomed two sons early in their marriage, and in honor of Jerry’s desire for Anne to stay home to rear the children, she left the professional world to be a homemaker—including Boy Scout leader, boys’ choir bus driver, and planner of Colorado family vacations—until her sons were in their late teens. Her proudest family moment was seeing her sons graduate from college. In the latter decades of Anne’s life, she enjoyed spending time with family, especially grandsons. She also continued her tole painting hobby, worked with a team that organized estate sales, and was an active member several social clubs. Shortly after Jerry passed away about a decade before her own passing, Anne’s mobility became extremely limited due to health issues, a condition she bore with the same great strength and humor that made the rest of her life so unique. Anne loved the caregivers who made the final years of her life comfortable, and she encouraged and enjoyed family coming to visit her. Anne truly wanted to continue living up until the day she passed away after a sudden, multi-system health downturn. Her body is now free from every disability that bound her on earth, she is happy, and she is present with her Lord. Fond memories and expressions of sympathy may be shared at www.moore-funeralhome.com for the Fryar family.
See more See Less

In Memory Of Anne Fryar