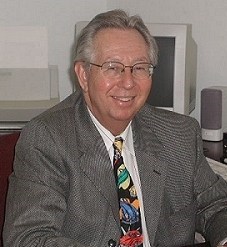 Dr. Donald K. Granvold, age 70, of Arlington, passed away Sunday, October 27, 2013 in Dallas. Memorial service will be held 12:30 p.m. on Friday, November 1, 2013 at Moore Funeral Home Chapel with Ken Fallin and Norman Cobb, officiating. Visitation for family and friends will be held from 11:30 a.m. to 12:30 p.m. on Friday, November 1, 2013 at Moore Funeral Home reception room. Donald K. Granvold was born August 16, 1943 and received a Bachelor’s Degree in Social Studies in 1965 from Graceland College in Lamoni, Iowa. He then went on to serve in the United States Army before completing his Master’s in Social Work from the University of Iowa in 1970. Don would later graduate with a Doctorate in Social Foundations of Education in 1975 from the University of Iowa. In 2013, Don retired after his fortieth year of service at the University of Texas, Arlington where he has been a member of the faculty since 1974. Upon retirement, he received the Professor Emeritus designation. He established and maintained a private psychotherapy practice for 38 years. Don is survived by his wife, Erin Turner Granvold; one son, Jeffrey Granvold and his wife, Jennifer; one daughter, Carey Granvold Walters and her husband, Tony; six grandchildren, Daniel Granvold, Emma Walters, Jessica Walters, Mason McKean, David Granvold, and Katelyn Granvold; along with many nieces, nephews, and many lifelong friends. The family suggests memorials in memory of Donald to the Pulmonary Fibrosis Foundation at www.pulmonaryfibrosis.org.
See more See Less