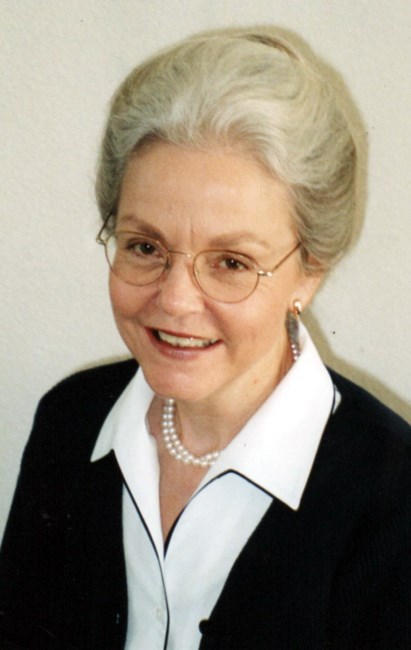 Marlene was born in Dallas to Ruth and Ray Lovelace. She grew up in Grand Prairie, lived her adult years in Arlington and retired to Pecan Plantation in Granbury. She attended SMU, UTA, and the University of North Texas. Marlene started her career as a math teacher and always kept learning and striving. She retired from Arlington ISD as the first female Assistant Superintendent. In 1973, she married Robert Carle, the love of her life. Together they had a beautiful blended family. She is preceded in death by her parents and brother Charles, her husband Robert and sweet daughter, Francie, who we lost too soon. Marlene is survived by children and spouses: Jamie and Steve Inman, Barbara Lymworth, Janet and Bill Marshall, and Bob and Wena Carle. Additionally, her eleven grandchildren: Tara, Laurel, Emily, Sean, Jessica, Dan, Craig, Amanda, Lauren, Hons, and Clayton and sixteen great-grandchildren. Her funeral service will be held January 31, 2023 at 11 AM at Moore Funeral Home in Arlington. Visitation will be January 30, 2023 from 6 - 8 PM. In lieu of flowers, please send donations to Arlington Educational Foundation, because in the words of Marlene, “No one can ever take away your education”. I write this tribute from daughter to mother even though it is hard; my mother encouraged me to tackle hard jobs head on and without delay. She was a wonderful mother. When I was young she ruled with an iron hand, determined not to raise a brat. She also read to med, comforted me and allowed me to explore without hovering. She encouraged and fostered my independence (although she admitted she came to regret that in my teenage years). She was supportive even when she thought I made a decision that would lead to a hard row to hoe – like marrying a man with 3 children, or going to medical school at 30 or starting my own business. Once the decision was made she found a way to help me succeed. She welcomed my new family with love; she delighted in the great-grandchildren to come, surprising me with her tolerance, patience and tenderness. She grieved with me during the hard times and shared joy with the successes. The latter was buoyed by her skilled bookkeeping during the 18 years of my private practice. She was strong. When she was diagnosed with cancer in 2017 she sympathized with the doctor who had to relay the bad news telling him “this must be a very hard part of your job”. She told me “I’m not tired yet of seeing the flowers grow or hearing the birds sing” and then completed 24 cycles of chemotherapy with courage and grace. She was generous. She and Robert worked hard to be able to support children, grandchildren and even great grandchildren attain their educational goals. They both believed fervently in the value of education and that a good education should be available to all children. She sacrificed for family. She visited and cared for her aged mother, mother-in-law and aunt daily in their later years all while working a demanding professional job and traveling back and forth to Denton working on her PhD. She woke up extra early on Christmas morning to make her delicious blintzes. She was talented. She played piano throughout her life and found great joy practicing works from Beethoven and Mozart to Scott Joplin. Even though she studied and practiced mathematics and business in her professional career, when she retired she took up drawing and painting “to exercise the other half of my brain”. She was poised and gracious. When asked how to respond to a compliment that made one uncomfortable, she replied “Just say thank you; a compliment is a gift”. She was deliberate and organized. She had a file for everything and was always trying to “clean off her desk”. It's been a long tribute, but an extraordinary mother deserves no less. She had high standards and expectations, most of which I haven’t been able to meet. I will keep trying in order to honor her memory although she left large footprints in which to tread. She was a wonderful mother. I will miss her deeply and forever.
See more See Less

In Memory Of Edith Marlene Carle