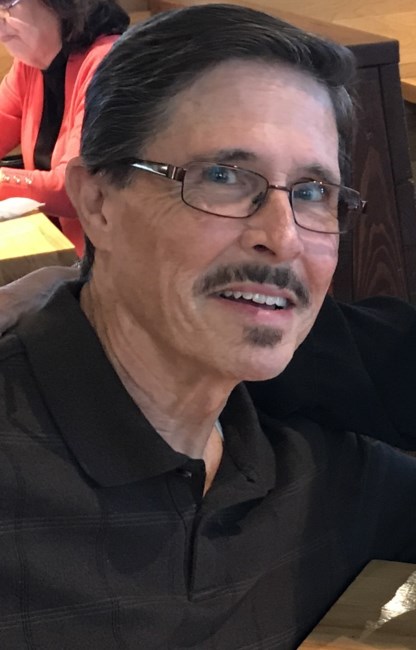 On March 2, 2021 Ernest Jerald “Jerry” Gleason, beloved husband and father, went home to be with the Lord. Jerry was born on January 1, 1948 in Dallas, Texas and lived most of his life in the Dallas area. He was the oldest of the five boys of Ellis and Elsie Schulenburg Gleason. Jerry was in the Navy and served on the USS Ticonderoga as a member of the flight deck crew. As a civilian Jerry had a long successful career in the heavy equipment industry. He managed the parts departments of several large companies including Stewart and Stevenson Services, Briggs Equipment, Ferguson Manufacturing, Equipment Depot, and Hi Lift before retiring in 2012. In his spare time Jerry restored automobiles and rode motorcycles. His passion for anything with wheels began when he earned the money to buy his first bicycle and continued throughout his life. His most recent project a little hot rod coupe was almost finished. Jerry's faith ran deep. As a young boy he would get up on his own on Sunday mornings in time to get dressed and walk to church. His faith in God's word brought him great strength and courage during countless health challenges throughout his adult life. An active member for many years; Jerry served as Chairman of the Board for First Christian Church in Grand Prairie. He also served as Deacon and was Worship Leader on a regular basis. At the time of his death, Jerry was a member of Rush Creek Christian Church. Jerry was a member of the Scottish Rite; a 32nd degree Mason; Past Master of Sam R. Hamilton Lodge in Grand Prairie from 2006-2007 and member at Thomas B. Hunter Lodge in Grand Prairie. Jerry was preceded in death by his parents; brothers Phillip Ray Gleason and Tony Gleason; and Edward and Frances Coleman, his father and mother-in-law. He is survived by his loving wife of 46 years, Larrisa Gleason; daughter Michele Diane Gleason and Billy Schmidt; stepson Kenneth Powell and wife Didget; grandchildren Taylor Mingen, Tanner Mingen, Miranda Mingen (father Don Mingen), and Trevor Nelson (father Tim Nelson); and brothers Mike Gleason and Rickey Gleason along with numerous nieces and nephews. And last, but not least, his fur baby and constant companion Lola Bell Gleason. In lieu of flowers, we ask that you consider a donation to VITAS Hospice. One hundred percent of all donations go to help support patients and their families. Donations can be made at: vitascommunityconnection.org Due to COVID restrictions a celebration of life will be held at a later date. Go rest high on that mountain, Jerry. Your work on earth is done.
See more See Less