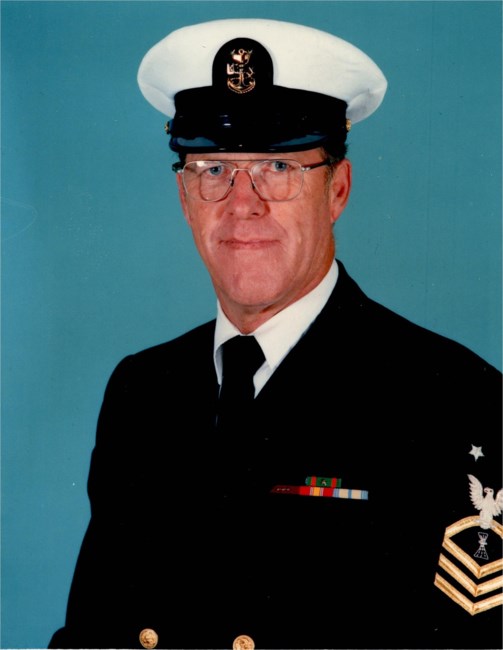 PHCM Harlan Dale Johnson October 12, 1938 - June 13, 2019 Military service dates: August 1959 to June 1992 Retired Navy Master Chief Photographer's Mate (PHCM -- E9) Harlan Dale Johnson (known to his friends as Johnnie) spent 29 years in the Navy. Originally from Breda, Iowa, he worked for Boeing Aircraft after graduating from high school and served in the Army Reserve program. In August 1959, Johnnie joined the Navy and following photographers mate schooling at NAS Pensacola, Florida, and aerial photo intelligence classes at Albuquerque, New Mexico, was sent to NAS Guam in the Pacific to join Attack Squadron 61. In May 1963, Johnnie was ordered to NAS Barbers Point, Hawaii, and Patrol Squadron (VF) 6. He worked in the squadron's photo lab until his enlistment contract expired, then returned to Iowa. Within 88-days he was back in Navy blue when he re-enlisted and was sent to NAS Sanford, Florida. At Sanford, Johnnie was assigned to Heavy Attack Squadron (VAH) 1 (later RVAH-1), the R designating the squadron as reconnaissance). It was in Florida, that Johnson met and married the former Miss Lori Kraynak of Throop, Pennsylvania in 1964. In May 1965, Johnnie was transferred to the Naval Photographic Center in Washington, D.C. After two years at the Navy's main lab, he was ordered back to Sanford and RVAH-9. His next tour was at NAS Albany, Georgia, and the station's photo lab. Released again from active duty in October 1968, with the closing of NAS Sanford, Johnnie and Lori lived in Sanford, Tallahassee, and Stark, Florida, then moved to California where he joined the Naval Reserve program in May 1974. During this time as a civilian, he'd work as a truck-driver, and restaurant and auto service manager. In was in May 1975, that Johnnie was back in military service with the Navy's TAR (Training and Administration of the Reserve) program. Following photo lab tours as NAS Dallas, NAF (Naval Air Facility) Detroit, Michigan, NAS South Weymouth, Massachusetts, and again at NAS Dallas he retired. When Johnson left Navy service he'd reached the highest photo mate rate in the Navy as master chief photographers mate. During their Navy career, Johnnie and Lori raised three children two girls and a son. Their son, Andrew, would be lost in a tragic auto accident. Johnnie and Lori lived in Grand Prairie, Texas. Lori kept busy with housework while Johnnie did handy-man work for friends and neighbors and kept a garden. The couple also raised emus for a few years. Services will be held 10:00 a.m. Wednesday, July 3, 2019 at the Dallas Forth-Worth National Cemetery, 2000 Mountain Creek Parkway, Dallas, 75211.
See more See Less