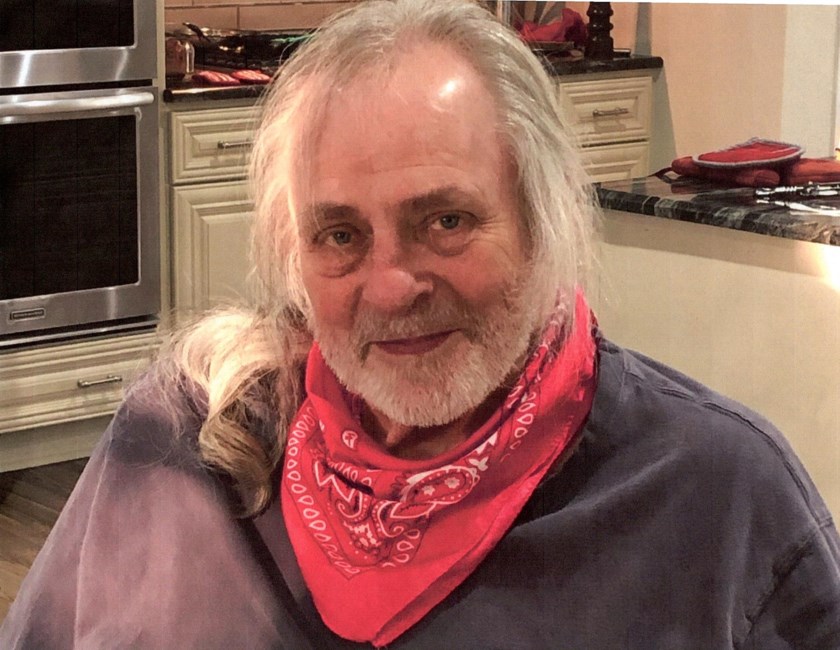 James “Jim” Woodrow Crouch Jr., 73 years old, departed this world Monday, 1 August 2022. Jim was very loving and compassionate. Generous to a fault, he is beloved son, brother, husband and true friend to many. After graduating from Sam Houston HS, Jim earned an Architectural Engineering Bachelor from Stanford University, then a Restaurant Management Masters from SMU. While working for TGI Fridays as an Operations VP opening restaurants all over the US, Jim met and married Martha "Marty" Franks, his wife of 36 years. Jim and Marty were adventurous people, driving and camping in a converted Chevy van, chasing fun together everywhere they went. After settling in Dallas, he managed the Blue Goose restaurant on Greenville Ave. for 10 years and spent several years as a restaurant consultant for brands Chili's, Schlotsky's, On the Border and others. Late in life, he started a second career as an ESOL math teacher at North Dallas HS, where he taught for 15 years. Family and friends who loved and knew Jim well will recall Jim's tall stature, bright smile and low chuckle beneath his beard, stories and witty humor, the best home-made roasted chili salsa, and signature hippy pony-tail. He is preceded in death by his brother, Patrick Leroy Crouch; mother, Maydelle Patrick Crouch; father, James Woodrow Crouch; and wife, Martha Franks Crouch. Jim is survived by his sister, Katherine Crouch Halwes and her husband, Dennis Halwes; his niece, Renee Halwes Schexnayder, her husband, Paul Schexnayder and their three children, Elizabeth, Chase, and Savannah; and his nephew, Shawn Halwes, his wife, Jennifer Chopp Halwes, and their daughter, Sabella.
See more See Less