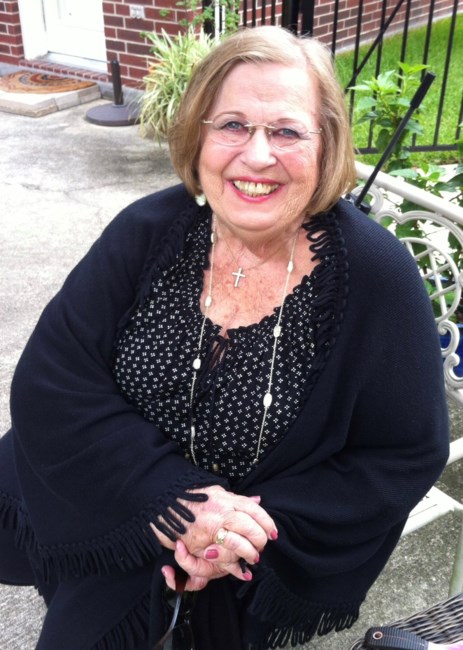 Sandra Nell Gardner Bernhardt, 83, went to be with the Lord on Monday, January 16, 2023, in Fort Worth, Texas. A memorial service for her and her beloved husband Fred will be held at a later date in Spring, TX. Sandra Nell Gardner was born on September 29, 1939, in Houston, Texas to Melvin Bee and Mildred Minix Gardner. Sandra was a smart young lady who was an only child until the age of 12 when her younger sister, Elva Ann was born. A brother, Melvin “Buzzy” Gardner would follow. She attended Milby High School, was a member of the Coeds, and worked as a popcorn girl in Colt Stadium where the Colt .45s played. Sandra began work at age 18 in 1957 for Humble Oil, later to be ExxonMobil, and worked in various positions there for 37 years, retiring in 1994. It was while working at Humble that she met the love of her life. A mutual friend introduced Sandra to a tall, handsome stranger who felt sorry for her when he learned she would be representing herself in traffic court that evening for the latest in a string of speeding tickets. Frederick Bernhardt served as Sandy’s knight in shining armor for the first time that night as he helped her to negotiate a reduced fine. Her lead foot and his unwavering devotion both proved to be lifelong. Sandra and Fred were devout Christians and active members of the Trinity Lutheran Church in Spring, Texas. They maintained and treasured numerous lifelong friendships with their fellow worshipers there, and served as honorary aunt and uncle for too many young people to name. They enjoyed their Sunday School classes, their work on the bulletin committee, and serving as marriage mentors. Sandy especially enjoyed cutting up with her fellow Christians before and after (and sometimes during, to Fred’s chagrin!) services from her pew in the front of the church. She always shared that her favorite song was “Jesus Loves Me” and she made it a point to witness to people on a daily basis. Her homemade birthday and special occasion cards, which were really works of art, always shared reminders of God’s love for the recipient. Sandra enjoyed many dear friendships with neighbors, work colleagues, stamping buddies, and friends she and Fred made while traveling, especially in the Cayman Islands where they visited annually for many years. Fred could often be seen searching for Sandy in malls and grocery stores, even after she began using electric carts, only to find her engrossed in conversation with complete strangers. She gained another set of dear friends when she and Fred moved to The Westmore in Fort Worth, Texas to be closer to their nieces and their families. During her four years there, Sandra served on the Residents Committee, called Bingo games, consoled friends when they lost their loved ones or came to terms with unfavorable medical diagnoses and generally served as the welcome wagon for new residents. Usually donning sequined shoes and a big smile, Sandy sped up and down the halls there at the Westmore on her electric cart getting into all sorts of trouble. One would be remiss not to mention the cats on which Sandy and Fred doted over the years. Sam, Fluffy, Chloe, Stormy, Barracuda, Max and more lived charmed lives in the Bernhardt household over the years. Sandra’s family would like to acknowledge with sincere appreciation the assistance and love provided to Sandra by her aid and friend Alicia Moore, the amazing team at The Westmore and all Sandy and Fred’s friends in Spring who have assisted them over the years, even after the move to Fort Worth became necessary. Sandra was predeceased by her loving husband of over 50 years, Frederick Mitchell Bernhardt, her parents Melvin Bee and Mildred Minix Gardner, her sister Elva Ann Robinson, and her brother Melvin “Buzzy” Gardner. Sandra is survived by her niece Monica Wood, husband Ryan and sons Blake and Ian of Fort Worth, TX; her niece Cindy Hatfield, her husband Mike of Milsap, TX, and their children Melissa and Taylor (and Taylor’s longtime companion Caren); her nephew Douglas Bernhardt and his wife Diane of Waco, TX and their children Stephanie Sigler (and husband Cory) and Dustin Bowers (and his wife Kelly); her niece Becky Roberts of Waco, Texas, and her daughter Anna Roberts, and many precious great-grand nieces and nephews.
See more See Less

In Memory Of Sandra Bernhardt