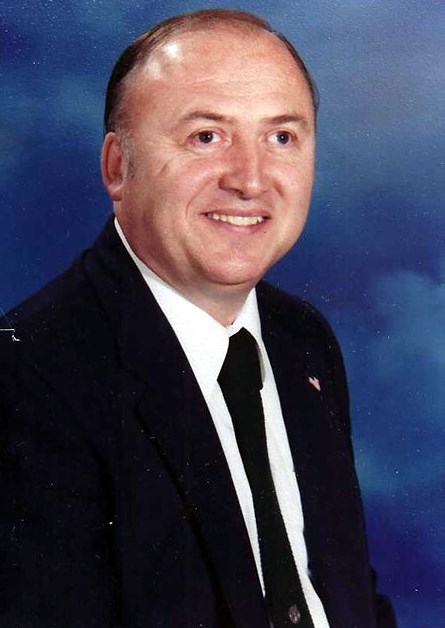 Bruce A. Bell, 81, died peacefully on Friday, January 13 at the Hospice House in Auburn. He was born prematurely in St. Mary’s hospital on February 7, 1941 to William and Thelma (Dow) Bell. He was the first baby to use the new incubator at St. Mary’s. He graduated from Edward Little High School in 1959; from Farmington State Teacher’s College in 1963; and earned a M.Ed from the University of Maine in Orono in 1971. He taught 7th and 8th grade social studies and American History at Webster Junior High School and Auburn Middle School in Auburn from 1963 until 1988. From 1988 until 1998 he became Principal of Telstar Middle School in Bethel, and Woodstock Elementary School in Bryant Pond, Maine. He was a member of Sixth Street Congregational Church where he served as Sunday School Superintendent, Sunday School teacher, Trustee, and church treasurer. He was a member of Androscoggin Retired Teachers’ Association, Maine Education Association, National Education Association, Androscoggin Fish and Game, NRA. He is survived by his wife of 60 years, Elizabeth (Beth); sons Alan and his wife Karen of Virginia Beach, VA; Gregory of South Portland; granddaughters Ashley Bell of Washington D.C., Sarah Bell of Virginia Beach, VA; sisters Linda Harris of Poland, and Kay-Lee Bell of Biddeford; niece Jody Harris of Augusta, and nephew Brian Harris of Westford, Mass; as well as several cousins. The family invites you to a time of visitation at Fortin Group Funeral Home, 217 Turner St. Auburn on Sunday January 22nd from 1:00pm to 4:00pm. You may offer your condolences and share your memories of Bruce at www.fortingroupauburn.com
See more See Less

In Memory Of Bruce A Bell

Celebration of Life In the Spring