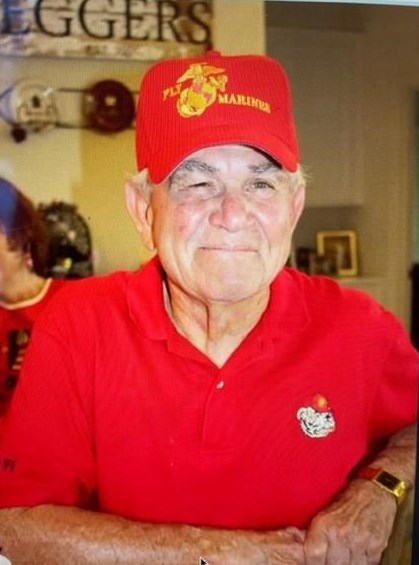 Harold Frank Eggers February 8, 1939 - January 19, 2022 Harold Frank Eggers was born in the small town of Owasso, Oklahoma. After a farmhouse fire that left his family homeless, his parents, his two younger sisters, and he, at the age of five, traveled by train with only one cardboard box of belongings to Bakersfield to pick cotton. He lived in Old River for most of his childhood and adolescent years. Upon graduation from Bakersfield High School, he joined the United States Marine Corps, where he served in Aviation, Crash Fire, and Rescue. Following his honorable discharge from the service, he worked as an operator and salesman at McCullough Tool Company. In 1981, he established Pengo Wireline of California with his business partner and friend, Don Hames. Harold was a self-made man, although a stranger would not know it due to his humble nature. His biggest pride was his family. He married the love of his life, Donna Eggers in 1968, and raised three sons, David, Brant, and Douglas. He taught his boys how to wrestle, play baseball, and have a strong work ethic. He was a strict father, but that all came to a halt once he was surrounded by his seven grandchildren. He expressed love and tenderness to them while teasing them, but they knew it was all in jest and absolutely adored him, calling him Papa, Pops, and Popsicle. Harold loved writing and reading poetry, watching old westerns and sports on tv, and reading books about his heroes. He ate at the same local diner for breakfast but made some of the best buttermilk pancakes on the planet for his family. He had a huge heart--always going out of his way to help others--and had a talent at making people laugh with his wit. He spent most of his time volunteering at his church where he was known, appreciated, and loved. He rode his bike daily and was never afraid to climb a ladder, even on the night of his death at the tender age of 83 years. Harold always had to do things for himself. Harold is survived by his three sons: David Wayne Eggers, wife Jennifer, grandson Ayden, and granddaughter Addyson; Brant Harold Eggers, wife Kimberlee, granddaughters Olivia and Avery, and grandsons Samuel and Charlie; and Douglas Raymond Eggers, and grandson Titus. He was preceded in death by wife Donna Eggers, father Raymond Eggers, mother Blanche Eggers, and sisters Gail and Twala. Harold's family and friends are absolutely heartbroken over his passing but find peace in knowing that Harold finally has been reunited with his beloved Donna (gone almost 15 years), as well as his parents, sisters, in-laws, and wonderful friends in Heaven. The family requests in lieu of flowers to please make a contribution to the Wounded Warrior Project because as they say, "Once a Marine, always a Marine." A visitation for Harold will be held Sunday, January 29, 2023 from 5:00 PM to 8:00 PM at Hillcrest Memorial Park and Mortuary, 9101 Kern Canyon Road, Bakersfield, CA 93306. A graveside service will occur Monday, January 30, 2023 from 12:30 PM to 1:20 PM, 9101 Kern Canyon Road, Bakersfield, CA 93306. A funeral service will occur Monday, January 30, 2023 from 11:30 AM to 12:30 PM, 9101 Kern Canyon Road, Bakersfield, CA 93306. Fond memories and expressions of sympathy may be shared at www.hillcrestmemorial.com for the Eggers family.
See more See Less

In Memory Of Harold F. Eggers