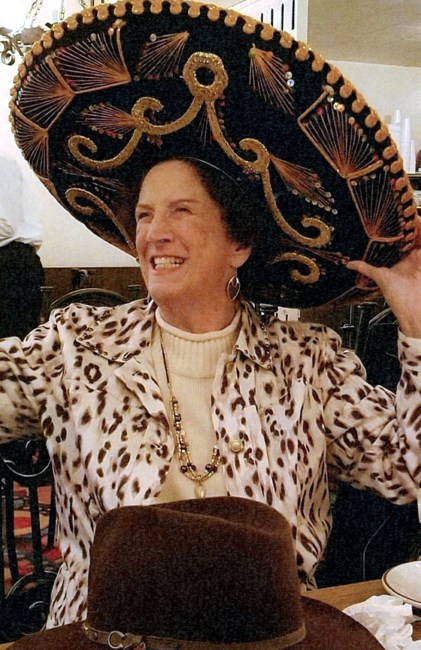 Mildred “Millie” June OBar, passed away August 4th, 2022, at the age of 93. She was born October 29th, 1928, in Okmulgee Oklahoma. She is preceded in death by her parents Urban and Grace Best, her brother Urban Best, her sister Alice Jackson, and her loving husband of 56 years Roy Melton OBar. She is survived by her daughters Teri Lynn Jones and Karen Lee Alexander. Her Grandchildren Brittny Lynn Jones-Gonzales and her husband Sebastian Daniel Gonzales, Katie Marie Kennedy, Brandon Lee OBar and his wife Jessie Rene McAbee OBar. Her great grandchildren Danika Elain Kurtz (14), Dillon James Kurtz (11), Dawson Melton OBar (1) Axel Roy Kennedy (9Mo), and Tilden Randall OBar (2 weeks). Millie was an avid horseman all her life, she shared stories of her love for equine with everyone that would listen and those who wouldn’t. She shared stories like the pony her dad brought home in the back seat of the car when she was a child or stories of her beloved Poco who stuck his tongue out and gave her kisses before every feeding. As many know she was a very active woman all her life. Her favorite saying was “I may not always be right, but I’m never wrong” even though it was widely disputed by her grandson Brandon. She had many of hobbies all of which she informed everyone she was extremely proficient. In mid 50’s she met her future husband at a bowling alley while out with some friends for league night. Her version of the story was after she met Roy OBar, she went home to tell her mother that was the man she would marry. In this instance she was right and not wrong, they married in 1957 and spent the next 56 years building a family and life together that they both cherished, they never stopped loving each other and set great examples for generations to come. After her children had grown Millie and Roy joined the Bakersfield Country Club. She loved to golf and play bridge with all her friends at the club. She often told a story of the time her handicap score was lower than her husbands, she felt so guilty for that, so she played worse golf to get her average up over her husbands. She said she never told him, but she didn’t mind sharing that with the family in her later years. Millie was a firecracker and a passionate person in all of her endeavors, and it conveyed over in conversation no matter the topic. She is loved and missed deeply by her family and all her friends. A Viewing will be held August 18th, 2022, from 5-8PM at Hillcrest Memorial 9101 Kern Canyon Rd, Bakersfield, CA 93306. Funeral services will be held August 19th, 2022, at 1pm in the chapel and 2pm graveside. Following funeral services Millie’s family, Church, and Pastor Randy Gafner would like to invite you to Branded Heart Fellowship 5320 Peacock Park Ln, Bakersfield, CA 93308 at the Rancho Rio Equestrian Facility for a potluck in Millie’s memory.
See more See Less

In Memory Of Millie June OBar