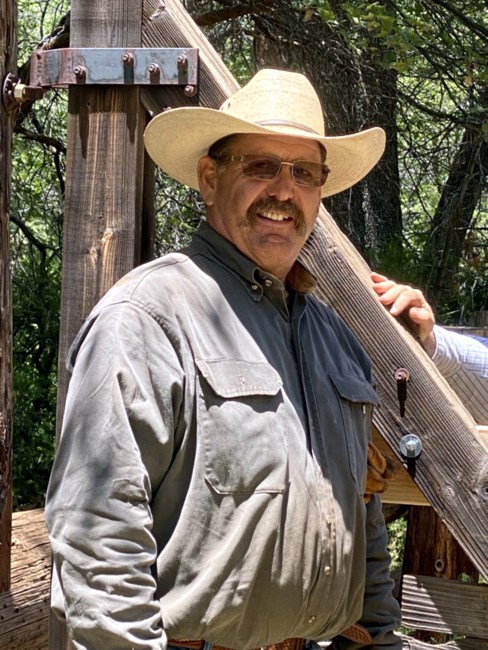 Long time Bakersfield resident Robert Lawrence Anderson was born in Bakersfield, California on July 6, 1961. He attended Bakersfield City School District Elementary and Junior High Schools before enrolling at West High School. His high school years were busy ones, filled with extracurricular activities. A member of the 1977 Kern High School Viking Valley Championship football team, he was inducted into the West High School Viking Hall of Fame in 2019. Robert continued his formal education at Bakersfield College, at Cal Poly San Luis Obispo, and at Cal State University in Bakersfield. He became a member of the Alpha Gamma Rho fraternity and continued working on his service projects with that Alumni group throughout his adult life. Building fences and working cattle on the family ranch introduced Robert to ranching at a very early age and led to a love of the agricultural way of life which determined the course of his adult years. During his preteen years he often took a break from helping with ranch chores to participate in junior rodeo competitions. In High School Robert was very active in Future Farmers of America, earning his Degree of State Farmer in 1979. He raised and showed steers and hogs at the Kern County Fair and participated in many FFA competitions. He continued those interests and activities at Cal Poly, where he worked on the School farm while attending classes. He went on to teach Agriculture and to lead the Future Farmers of America at Wasco High School for several years. He led his FFA members to many successful completions, Kern County Fair livestock auctions, and annual officers’ retreat at the family California Hot Springs/Pine Flat mountain home. While still in school Robert formed the Anderson Land and Livestock Company and for the rest of his life developed ranching properties and raised cattle, horses and mules in both Kern and Tulare Counties. During his college days he started his packing career, the desire to pack and to be in the wilderness embedded in his soul. He lived for a while at Brown Meadow Cow Camp in the Golden Trout Wilderness and joined the High Sierra Stock Users Association (which later became the Back Country Horsemen of California). He held many local and state offices and committee positions in Back Country Horsemen of California and was recently elected to be the new BCHC National Director. Robert was a member of the Kern County Search and Rescue unit where he served as Captain in 2009. Following in the footsteps of his father and great grandfather he joined the Rancheros Vistadores and rode on their historic annual week-long trek for the past eleven years. After leaving the Wasco High School Agriculture Program, Robert was employed by PG&E for over 20 years where he was an Electrician Technician. His PG&E supervisors stated that Robert was a passionate technician, Safety Lead, Safety Chair, and friend to many. He always looked for the best interests of the department and as a Safety Chair raised issues and concerns on behalf of the technicians and chaired several committees to address design changes and product quality. He was meticulous with his testing, which spoke volumes to his desire to ensure reliability in the schemes and equipment. Robert’s family was of utmost importance to him. He thought nothing of traveling across city, county and state lines to participate in family milestone celebrations. He particularly cherished being a part of the lives of his niece Hannah and nephew John, watching them grow from infancy into the delightful young adults they are today. Robert passed on February 22,2022. Robert was predeceased by his father William A. Anderson of Bakersfield, California. He is survived by family that was so precious to him; his mother, Harriet Parma; his brother John Anderson, sister-in-law Corina Anderson, nephew John Anderson, niece Hannah Anderson in Bakersfield; his sister Joan (Anderson) Smith, Brother-in-law Craig Smith, nieces Regan & Dagny Smith and nephew Cole Smith in New Port Beach; his cousin Michael Allen Dunlop in Pine Grove, California, and his Cousin David Goforth in Sacramento. Honorary Pall Bearers: Allan Roper, Tom Allamprese, Mark Lacey, Tom Fox, Daniel “Boon” Shugart, & Frank Kennedy Donations in lieu of flowers can be made to the Back Country Horsemen of California, Kern Unit, 16347 Stephanie St., Bakersfield, CA 93314.
See more See Less

In Memory Of Robert Lawrence Anderson