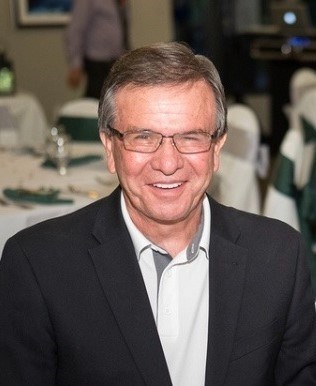 Theodore Paul Baca, 81, of Barstow, CA, passed away on September 13, 2022 with his loving family by his side. Ted was born on August 14, 1941 in Albuquerque, NM. A graduate of Barstow High School, he went on to earn a BA and MS in Biology from New Mexico Highlands University and a PhD in Health Sciences and Biology from the University of Oregon. He served his career at Barstow Community College in the capacity of Executive Vice President of Academic and Student Services, Vice President of Academic Affairs, Professor, Athletic Director, Division Chair and coach. During his career he was named Teacher of the Year, Administrator of the Year, and was a recipient of the College President's Award. At New Mexico Highlands University, he was honored as a Distinguished Alumnus for his outstanding commitment to education and community service and was inducted into the University's Athletic Hall of Fame for his athletic accomplishments. He was also granted fellowships for his scholarship by the National Science Foundation, the National Institute of Health and the Ford Foundation. Ted was a strong advocate of community service and voluntarily served with a number of organizations including Desert Manna Ministries, Saint Joseph’s Catholic Parish, and Barstow Parks and Recreation to name a few. He was committed to empowering people through education and firmly believed it was one of society's highest callings. Ted was a genuine family man and devout man of faith. He was a health and fitness enthusiast who enjoyed traveling, playing many sports including baseball, football, and golf, hiking at Sawtooth Canyon, dancing to his favorite music, quiet moments in nature, fishing trips with family, and sharing words of wisdom and motivation. He is survived by his beloved wife of 55 years, Erlinda Baca; his siblings, Gloria Gramenz, Fernando Baca and spouse Sandy Baca, Dorothea Crews and spouse Jim Crews, Phillip Baca and Jeanette Baca, and Judy Tomano; his children, Vanessa Baca, Trisha Baca-Bengel and spouse Robert Bengel, and Theodore Paul Baca Jr. and spouse Carla Baca; his grandchildren, Jennifer Baca, Jessica Reed and spouse Everett Reed, Stewart and Jasmine Koehler, Jacob, Talia, and Jameson Baca, and Zachary Bengel; and his 4 great-grandchildren. He is preceded in death by his mother and father, Josephine and Jose Maria Baca and his brother, Joseph Baca. Memorial Service will be held on Tuesday, October 4, 2022 at St. Joseph's Catholic Church located at 505 East Mountain View Street in Barstow, beginning with a Rosary at 10am, followed by Mass at 11am with a reception at Noonan Hall immediately following. Fond memories and expressions of sympathy may be shared at www.meadcares.com for the Baca family.
See more See Less

In Memory Of Ted Paul Baca