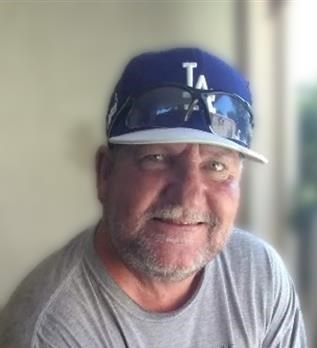 Glenn Robert Knudsen Jr., age 64, passed away on Thursday, September 15, 2022 in Fontana, CA. Born in 1958 in Pico Rivera, Glenn grew up in Buena Park, Cypress, and Calimesa, CA with his parents, Glenn and Lillian (both predeceased), his two older brothers, Gary and Robert, and his older sister, Teri. He was the baby of the bunch, and even today, his siblings describe him as a soft soul. After graduating from Yucaipa High School in 1976, Glenn studied at New Mexico State University, California State Long Beach, and California Baptist University of Riverside. In 1982, he achieved his dream of becoming a professional Catcher when the San Francisco Giants selected him in the 26th round of Major League Baseball’s Amateur Draft. Only one year later, he achieved another goal: With his wife, Kathy, he became a father to his son, Corey, in 1983. Then in 1985, he was blessed with his daughter, Lindsay. He had a very special relationship with both of his children, each extraordinary in its own way, and each a bond that lasted a lifetime. Upon starting a family, Glenn worked a variety of jobs from waiting tables to warehousing and more. He also contributed to the educational arena, assisting at Advocate Schools, local school districts, and Childhelp U.S.A. As his interest in education deepened, Glenn returned to California Baptist University to complete his degree, graduating in 2007 with a B.S. in Recreation. He was hard-working, intelligent, and wonderfully creative. He kept notebooks jam-packed with ideas for the “everyman.” One of which came to fruition in 1994, when he found success with the Javelaunch, a toy inspired by kids competing to throw their stick the furthest. His love of competition and sports was a constant in his life, rooting whole-heartedly for the Los Angeles Dodgers, Lakers and Rams. Outside of sports, he could make a game out of anything: Napkin football at a restaurant, chucking bottle-caps across the room, bouncing or spinning coins, etc. Glenn could be quite lucky as well, sometimes through scratchers and often through radio contests. But his skills extended beyond party games and luck. He was also incredibly athletic, always ready for a game of basketball, golf, or softball with friends and family. Glenn’s love of games often contributed to his playfulness as a grandpa to his granddaughters, Kaylah (age 13), Alyx (age 11), and Raelyn (age 5 months). He made birthdays, holidays, school events, dance recitals and everything in-between so fun for the girls; and in turn, they kept him young at heart. It is his jovial spirit that makes it so hard to say good-bye. This loss is a heavy loss, felt by many. The love of his friends, siblings, children, grandchildren, and all his family is deep and true. And while he will forever be missed, Glenn will live on through those who remember and treasure the time they had with him. Glenn is survived by his children Corey (Arin) and Lindsay; granddaughters Kaylah, Alyx, and Raelyn; spouse and friend Kathy; siblings Gary, Robert, and Teri. We thank you for the support during this very difficult time. “The Lord is close to the brokenhearted and saves those who are crushed in spirit.” Psalm 34:18 Fond memories and expressions of sympathy may be shared at www.weaver-mortuary.com for the Knudsen family.
See more See Less

In Memory Of Glenn Robert Knudsen