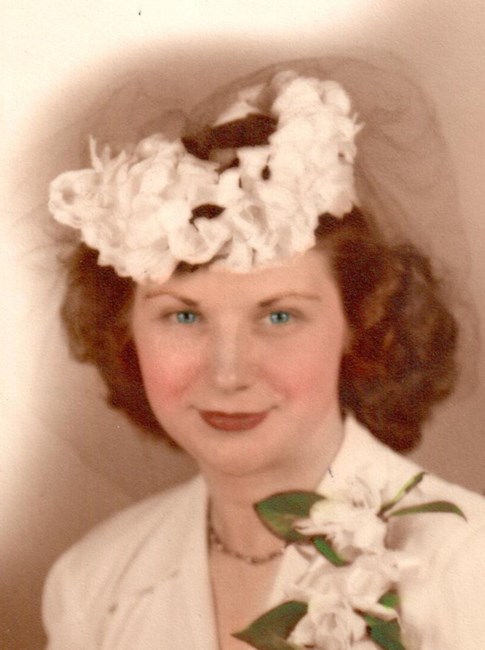 Hazel Gill, 100, of Bel Air, MD was born in Corning, NY September 24, 1922 and died January 24, 2023.She graduated from Corning Free Academy and attended Corning Community College. In 1943, arriving a month earlier than planned due to bad handwriting, she married her high school sweetheart, Robert Reynolds Gill, at Keesler Field Biloxi, MS. Her work experience was as an accounting clerk for Corning Glass at several plants including Erwin and Fall Brook. She was predeceased by her parents Harry and Elsie Huffman; husband Bob Gill; and son-in-law, Vel Pillai. She is survived by her daughter Karlye Pillai; granddaughter Dair Pillai, Esq.; grandson Col. (US Army) Chad Pillai;his wife Maribel and her son Carlos Santana; great granddaughter Katelyn Pillai; and family dogs Sherlock, Hula, Sadie, and Ally. Memorial contributions can be made to a local animal shelter or rescue.
See more See Less

In Memory Of Hazel Gertrude Gill