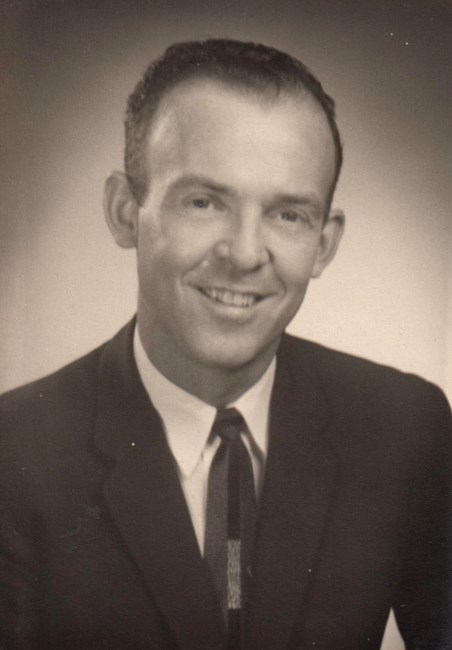 Evert Laverne Baker, age 95, passed away peacefully August 27, 2022, at the St. Joseph Medical Center in Kansas City. He was born October 27, 1926, at his family’s home farm in Mineral Springs, Missouri, the son of Evert Leroy Baker and Mable Benton (Owings) Baker. Everybody knew him as Vern. Vern was born and raised in the Cassville, Missouri area of the Ozarks. He asked the Lord to be his Savior in a church revival in Mineral Springs and was baptized on Christmas Day, 1938, in the creek at the bridge in Cassville. At age 12, he sang in a youth quartet and later on Saturdays over KWTO radio in Springfield, Missouri. Vern graduated from Cassville High School, where he had been captain of the basketball team, and went straight into the Army Air Corps in the spring of 1945, to serve in the Philippines; He was officially discharged on January 8, 1947 and returned to Cassville. On July 4, 1948, Vern met eighteen-year-old Patsy Louise Walker on a blind date and married her three weeks later on August 1, at the First Baptist Church in Cassville, Missouri. They lived in Springfield; he went to college there. Two sons were born in those first years together when he served as youth director in several churches, worked in his father in law’s laundry and went to Northeastern State College in Tahlequah, Oklahoma, receiving a Bachelor of Arts in 1955. Vern was further educated at Southwestern Baptist Theological Seminary in Fort Worth, Texas, graduating in May 1957, with an MRE, Master of Religious Education. In his life-time he was an Educational Director in several large churches, then went on to pastor several churches, and lastly to serve as Director of Associational Missions. He was a beloved educational director, pastor, or Associational Mission Director in Oklahoma, Louisiana, Arizona, Alaska, Nevada and Texas. When he retired to Belton, Missouri, he was interim pastor at six more churches in the Kansas City area. He was preceded in death by his parents, and his three brothers and four sisters. His oldest son, David Lee Baker, passed away in 2020 and soon after, his first grandson, Brian Baker. Survivors include his wife of 74 year, Pat Baker; his second son, Mark and wife (Rozanne); daughter-in-law Claire; five grandchildren, eighteen great-grandchildren and one great-great grandchild. A service of remembrance will be held at First Baptist Church, 810 S. Cedar in Belton, Missouri, on Saturday, September 3, 2022, at 11:00 a.m. with a visitation time prior to the service at 10:00 a.m. In lieu of flowers, the family requests that any memorial contributions be made to the First Baptist Church of Belton, 810 S. Cedar, Belton, Missouri, 64012. Arrangements have been made by the McGilley-George Funeral home in Belton, Missouri. A graveside service will take place at 3 pm. on Sunday, October 16, 2022 at the Oak Hill Cemetery outside Cassville, Missouri.
See more See Less

In Memory Of Evert Laverne Baker