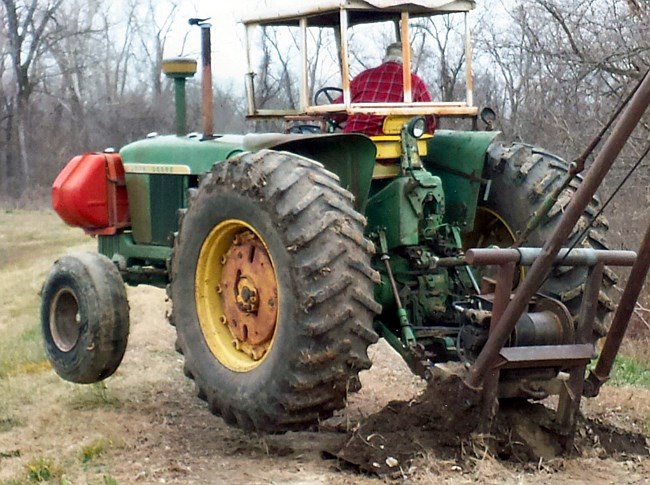 On January 19, 2023 Robert “Bob” Erwin Hendrickson, age 92, of Garden City, Missouri passed away peacefully with family at his side. Bob lived life with great enthusiasm and was recently under the attentive care of Monarch Hospice. A Funeral Service will be held at the McGilley and George Funeral Home 611 Chestnut in Belton on Friday, January 27 at 11:00 a.m. followed by burial in the Belton Cemetery where Bob will be laid to rest next to Louise, his wife of 47 years. On October 30, 1930 Bob was born on his parents’ (Perry Erwin and Julia Alice Hendrickson) farm near Peculiar, Missouri. Bob grew up loving the land. He also enjoyed football; he played high school football and was voted “most valuable player”. After graduating from Belton High School in 1948 Bob, along with his brothers Ivan and LeRoy, continued working the dairy farm and doing rowcrop farming. In 1954 Bob bought his first D4 bulldozer and started doing soil conservation work. In 1966 he and his wife purchased a farm in Urich, Missouri. With the help of his younger brother LeRoy, Bob improved the farm with an impressive drainage and levee system. In addition to farming, Bob and LeRoy founded and ran Grand Valley Pipe Company. Bob’s passion for farming and supplying steel pipe continued throughout his entire life. Bob actively worked on his Urich farm until 2018. He continued to participate at the Urich farm doing what he loved into his early 90’s. Bob was preceded in death by his parents; sister Mary Francis Hook; and his wife Louise. He is survived by brothers Ivan Hendrickson of Peculiar, MO and LeRoy Hendrickson (Karla) of Peculiar, MO; stepson Duane Passeau (Joyce) of Peculiar, MO; grandson Derrick Passeau) Cassie and their children Raegan and Corbin) of Harrisonville, MO and granddaughter Jennifer Gingrich (Guy and children Erik and Ryan) of Peculiar, MO. Bob will be dearly missed by family, friends and numerous acquaintances. In lieu of flowers the family suggests memorial contributions on Bob’s memory to the American Heart Association. Fond memories and expressions of sympathy may be shared at www.mcgilleygeorgebelton.com for the Hendrickson family.
See more See Less