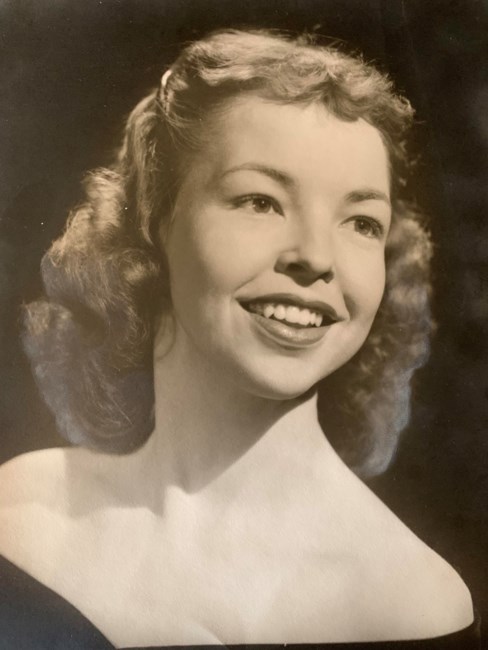 Our Mom passed away peacefully Monday afternoon after over 94 years of a well lived life. She was the youngest of four born to Louis Houston Nelson and Mattie Zula Nelson. She was preceded in death by her parents, sister Maxine Bellsnyder, brothers Howard Nelson and Louis Houston Nelson Jr., and her beloved husband James William ‘Bill’ Jones. She was raised in Birmingham and graduated from Woodlawn High School. She married our Dad November 8, 1947 after he returned from service in WW2. They raised their two sons in East Lake and Roebuck and enjoyed many years together and with their friends. She especially liked bowling with her buddies (Ginger, Billie, Bobbie, Carmen, et al), Alabama football, Braves baseball, tennis on TV, going to the lake, and old movies. She spent many Saturdays at gyms, baseball and football fields watching her sons play sports. After her sons were raised she returned to work for several years as a secretary at Mims & Gaunt Architects. When their first grandchild arrived, Bill and Betty became Mimi and Dede to the whole family. Spending time with her grandkids was one of her greatest joys. She loved life and having fun, always with a smile and laughter. She is survived by sons Alan (Marcie) and Davey (Janie), grandson Derek, granddaughters Morgan and Marissa, step grandson Peyton Riggins (Kristin), great grandson Ryker and step great granddaughters Vera and Malla. We will miss our Mimi but know she is happy in Heaven with her husband, family, and friends that have gone before her. There will be a graveside service at Forest Hill Cemetery on Saturday January 30th at 11am.
See more See Less

In Memory Of Betty N Jones