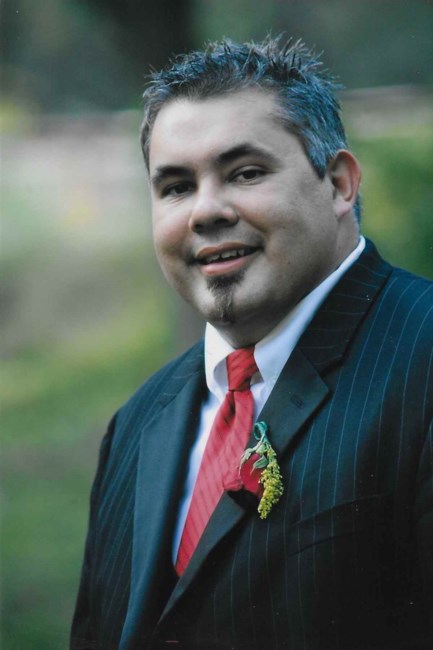 Ernesto “Erny” Peña III, of Birmingham, AL, passed away on Wednesday January 19, 2022 at the age of 49. Erny was born on May 8, 1972 in Irving, TX. He was predeceased in death by his parents, Juan Ernesto Peña Jr. and Olga Molina Peña. He is survived by his wife, Jenn Peña of Birmingham, AL; sister, Bianca Peña Reese, Austin, TX; Nieces, Ciana Garcia, Houston, TX, Brielle Reese, Austin, TX; and nephew, Steven Reese Jr., Austin, TX. Erny graduated MacArthur High School in Irving, Tx in 1991 and went on to attend the University of Mississippi, Oxford. He chose a career in the Hunting & Fishing field sharing his passion to all those that wanted to learn how to tie flies, throw a perfect cast, aim the bow with precision and shoot a deer with confidence. His passion for hunting and fishing was magnetic and did not fade even when he was physically unable to participate himself. Erny met his wife, Jenn Peña, in 2001 in Frisco, TX working at Galyan’s Sports & Outdoor Adventure and spent the next 20 years with her. It never mattered what state they lived in as long as they were together. They adored one another and were the envy of many. He loved his Dallas Cowboys and Texas Longhorns; proudly representing both teams in Alabama. Something to talk about since the Crimson Tide walk on water there, but he stood strong and proud for his Texas teams. Erny, a devout Catholic, leaned on his faith to guide him through many years of devastating illness. His faith never wavered that a cure would be found for Diabetes and associated diseases. In Lieu of flowers, memorials are preferred to the Juvenile Diabetes Research Foundation or a charity of your choosing. A celebration of Erny’s life will be held on a later date in Texas Fond memories and expressions of sympathy may be shared at www.johnsridoutselmwoodchapel.com for the Peña family.
See more See Less