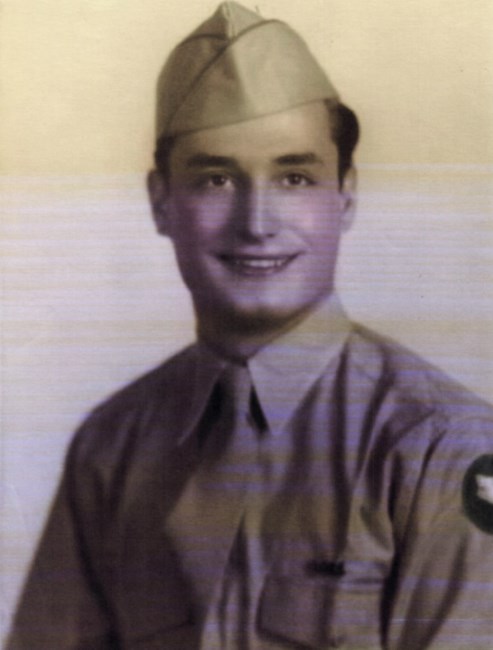 Mr. Frank John Costanzo, age 97, died February 3, 2021 at The Oaks in Bessemer, Alabama. He was born August 1, 1923 in Perth Amboy, New Jersey to Joseph Costanzo and Maria Difalco, both of No to Sicily. He is preceded in death by his wife of 72 years, Elizabeth Irene Breesman; his parents; brothers Gesualso (AI), Rosario Armando (Armand), Sam and sister, Tina. He is survived by his brother Enrico (Henry) of Ithaca, NY. Additional survivors include sons John (Margie), Frank (Teresa) and Joe (Pam); grandchildren Kurt (Leticia), I{yle, Bradley (Kristin), Ryan (Hannah) and Lauren (Nathan); great-grandchildren Kaeden, Ayla, Asher, Hadleigh, Sutton, Smith and Hayden. Mr. Costanzo was raised in Edgewater and Ensley, communities he loved. He graduated from Ensley High School in Birmingham and George Washington University in Washington, DC with a degree in accounting. As a WWII veteran, Mr. Costanzo served in the Timberwolf Division of the 104th Infantry, who along with the Army's 3rd Armored Division, liberated Cologne, Germany. Upon returning to Birmingham, he practiced as a CPA for 68 years with Ernst & Ernst, Jos. H. Fox Steel and was a partner with Dudley, Hopton, Jones, Sims and Freemen Accounting firm. A private funeral service will be held with burial at Elmwood Cemetery. Memorials may be made to Catholic Charities, PO Box 12047, Birmingham, AI. 35202.
See more See Less

In Memory Of Frank J Costanzo