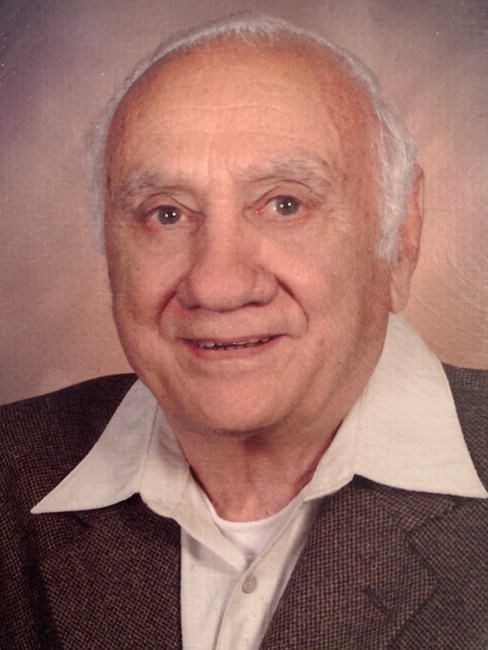 Joe Azbik Jr., age 89, of Homewood, AL died Saturday with his family by his side. Joe is survived by his wife, Mary Frances Rietta Azbik, of 67 years, four children, Fred Azbik (Diane), Wayne Azbik (Connie), Joey Azbik (Ginger), and Debbie Azbik Chancellor (Barry), six grandchildren, Tony Azbik, Leah Chancellor Stephens (Jakob), Phillip Azbik, Ryan Chancellor, Samantha Azbik and Nathan Azbik. He also leaves behind his sister in law Freda Rietta Hamer (Norris) and a large extended family. He has been preceded in death by his parents, Joe and Rose Azbik and his sister Theresa Azbik George (Ben). He was born and raised in Birmingham, AL where he was a life long member of Our Lady of Sorrows Catholic Church. He attended John Carroll High School, where he was voted wittiest boy and scored the first touchdown in school history. He enlisted in the Marines where he was a veteran during the Korean War. As a drill instructor he earned three honor platoons and received a metal for sharp shooting. He was also an elite pitcher on the Marine baseball team. After marriage he and his wife owned the Homewood Delicatessen for over ten years. He later worked as a salesman in the beer industry, where he was best know as Joe “The Miller Man”. After retirement he enjoyed spending time with his family, friends, barbecuing, and watching Alabama football. Mr. Azbik’s funeral will be held Friday, December 27th at Elmwood Chapel. The visitation will be from 10:00-11:00 with the service beginning at 11:00. In the lieu of flowers, a donation may be made in his honor to St. Jude Children’s Research Hospital.
See more See Less

In Memory Of Joe Azbik Jr