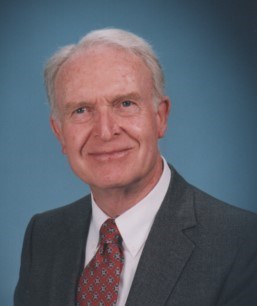 Laughlin “Yank” Chalmers McLean, Jr. passed away peacefully on May 20, 2020 with Sammye, his wife of 70 years, at his side holding his hand. Yank was born August 2, 1925 in Pratt City, Alabama. He was proud to be a part of the greatest generation, enlisting in the U.S. Army Air Corps at age 17 so he could serve our country during World War II. Immediately after turning 18, Yank went to basic training in Texas with further training in Michigan. He entered active duty on November 17, 1944 based at Lavenham, England with the 487th Bombardment Group. Yank served as a navigator for combat missions over Germany and occupied France on the B-17 Flying Fortress “Bonnie Lassie.” Upon returning to the United States at the end of World War II, he attended Georgia Tech and graduated with a degree in Mechanical Engineering. Yank worked for U.S. Steel in Fairfield, Alabama for 41 years and retired as Technical Director of Engineering. He was an active member of Southminster Presbyterian Church in Vestavia Hills and an avid golfer at Chace Lake Country Club for many years. In his retirement, Yank enjoyed gardening, carpentry, painting and woodworking as well as traveling with Sammye. He was known for sharing his many talents with his family, leaving them with beautiful pieces of handmade furniture and artwork. Yank was preceded in death by his 3 siblings. Yank leaves behind his wife, Sammye Sturdivant McLean; his daughter, Ann McLean-Muse and her husband Dan of Canton, MA; his son, Bob McLean and his wife Julie of Mountain Brook, AL; and his son John McLean and his wife Lyn of Brentwood, TN. Yank (Grandad) received so much joy from his grandchildren and their families. He leaves behind 12 grandchildren (Dan Muse, Jr. and his wife Maureen, Bob Muse, John Muse and his fiancé Bobbie Decker, Annie Muse Kearney and her husband Denny, Sam Muse, Will McLean, Robert McLean, Emily McLean, Mary Cameron McLean, Lauren McLean, Ryan McLean, and Matthew McLean) and 5 great-grandchildren (Fiona Muse, Niamh Muse, Kieran Muse, Honora Muse and Laven Kearney). Yank will be missed by his Hoover neighbors, cousins, nieces, and nephews. He wished to acknowledge a special thanks to Sid and Gayleen McLean who have been so supportive over the years. Lastly, he will be missed by his new friends at Kirkwood by the River where he has lived with Sammye for the past several years. Yank will receive interment at the Alabama National Cemetery honoring his military service to his country. Memorial services will be private. In lieu of flowers, donations can be made in his memory by either mail: Dyslexia Education Fund, Hindman Settlement School, 56 Education Lane, P.O. Box 844, Hindman, KY 41822 or by website: hindman.org/donate/. Fond memories and expressions of sympathy may be shared at www.johnsridoutselmwoodchapel.com for the McLean family.
See more See Less