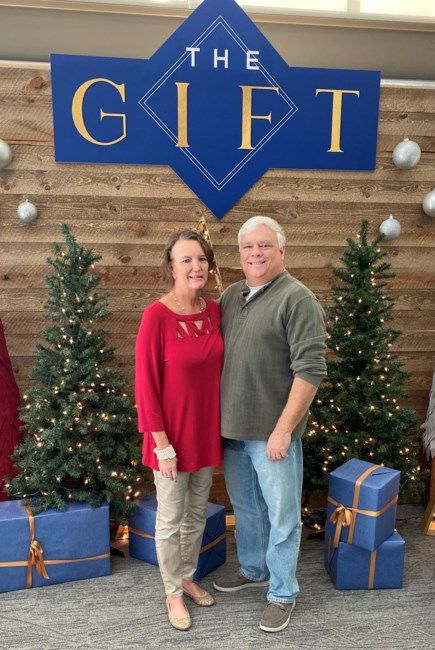 Robin Rosdick Hauf went to be with her Lord and Savior Jesus Christ on May 7, 2022 after bravely battling health issues for several months. She must have wanted to be with her mother as she passed the day before Mother’s Day. Robin was born June 24, 1965 in Birmingham, AL and lived there nearly half of her life. She graduated from Briarwood High School, class of 1983. She attended Samford University where she received two Bachelor of Science degrees, both Cum Laude. She met her first husband Steven Lloyd Hale at Shades Mountain Baptist Church where they were later married. They had two beautiful daughters, Allison Allise Hale and Anna Marie Hale. Shortly after their marriage, they moved to Destin, FL. Robin loved children so she worked as an after-school Lead Teacher and Preschool Assistant at Destin First Baptist Church Child Development Center. It was in Destin, where she met her second husband, Richard Allan Hauf, Jr. His military career took him to San Antonio, TX where Robin and the girls moved with him. It was there that they were married in a small ceremony on the famed River Walk. Robin had a gift with children so she obtained her Master of Art in Education at The University of Texas at San Antonio and pursued her passion for elementary school teaching. All of the kids that she subbed for loved her and would mention it if they saw her in public even many years after. She enjoyed scrapbooking and gardening as well as playing as many board games as she could get her hands on. She was always so loving and welcoming to the girls’ friends and treated them as family. Robin enjoyed being in the water, whether it was at the beach, the lake, the river or in a pool. Robin had a fondness for animals which led to several strays becoming pets. She also volunteered at the local animal shelter. Robin is survived by her brother Julian Thomas Rosdick II and his wife Becky, sister Donna Caren Rosdick Lea and her husband Luke, her daughters Allison and Anna, her husband Richard and his children Richard Allan Hauf III and his wife, Melyssa, Hillary Anne Hauf and James Alexander Hauf along with her beloved ex-husband Steven. Robin also left behind three grandchildren from Richard Hauf III, Coby, Brooklyn, and Ricky. Robin is pre-deceased by her parents Julian Thomas Rosdick and Florence Louise McConnel Rosdick and her sister Lynda Gayle Pilgreen and her husband Tommy. Robin will be remembered as a caring, generous, compassionate and loving wife, mother and Mimi to her grandchildren. She was a shining light in all of our lives and may her light continue to shine upon us. In lieu of flowers, the family requests donations to be made to your local animal shelter in honor of Robin or to the American Kidney Fund, so that another mother doesn't leave us too soon. A visitation for Robin will be held Sunday, May 15, 2022 from 1:00 PM to 2:00 PM at Johns-Ridout's Mortuary-Elmwood Chapel, 800 Dennison Ave SW, Birmingham, Alabama 35211. Following the visitation will be a service at 2:00 PM. Fond memories and expressions of sympathy may be shared at www.johnsridoutselmwoodchapel.com for the Hauf family.
See more See Less

In Memory Of Robin Rosdick Hauf