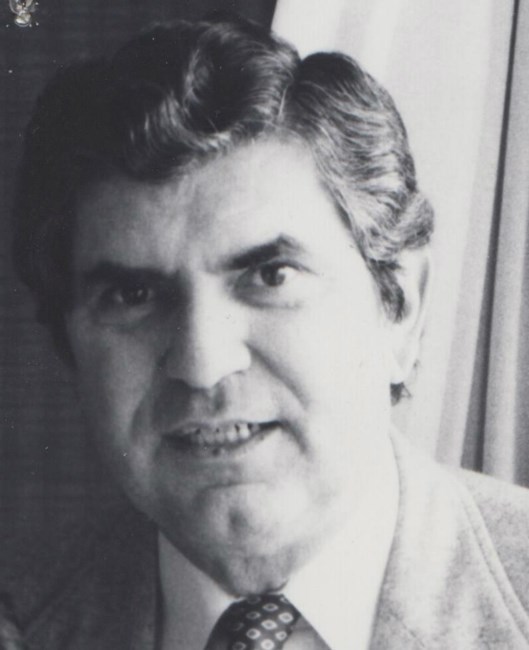 Nicholas John Balaguras, 83, of Bloomington died Saturday, August 2, 2014 at the Indiana University Health Hospice House. He was born on March 17, 1931 in Gary, Indiana to John N. Balaguras and Merope Tzouvale Balaguras. He was a well-known fixture in the Indiana University community as the owner of Aristotle’s Bookstore (1968 – 1998). Survivors include his wife, of 51 years, Jean Diann Balaguras of Bloomington; a daughter, Jean Balaguras (Russ Goodman) of Bloomington; two sons, Jeffrey Balaguras (Jin Sun Park) of San Francisco and John Balaguras (Barbara) of Chicago; five grandchildren, Thomas Whitlock, Anne Whitlock, Megan Balaguras, Nicholas Balaguras and Alexander Balaguras; a brother-in-law, Harry Brickley; a sister-in-law, Suzi Brickley; and several nieces, nephews and cousins. He was preceded in death by his parents; and a sister, Esther Allen. Nicholas (or Nick as he was more commonly known) grew up in a Greek household in Gary, Indiana and Greek was his first language. He worked along side his father in the local steel mills while he was growing up. Nick attended Horace Mann high school, where among many other honors, he was voted best dressed by his class (unanimously). He attended Indiana University in Bloomington and left to serve in the U.S. Air Force Intelligence, Surveillance and Reconnaissance Agency during the Korean Conflict. After returning from military service, he worked for the Chicago Daily News and the Chicago Sun-Times newspapers while finishing his degree at Northwestern University. Nick was a long time member and supporter of the I.U. Foundation and the Varsity Club. He was a former Board Member of The Bloomington Boys Club and the Indiana Retail Council. He also served on the Steering Committee for the Bob Knight Library Endowment Fund. Nick enjoyed reading, sports, politics and was an avid traveler. He traveled to Europe more then a dozen times with family members where he enjoyed a variety of activities from watching musicals in the West End of London to reconnecting with extended family in his home village of Distimo in Greece. He will be remembered for his dry sense of humor, generosity and the ability to truly connect with people of all ages and from all corners of the globe. Nick lived a full and beautiful life and was loved by many. There will be a Memorial Service at Day & Deremiah-Frye Funeral Home, 4150 E 3rd ST., on Saturday August 9, 2014 at 3:00 PM with a reception to follow through 6:00 PM in the funeral home. There will be a private family burial at the Fairview Cemetery in Bluffton, IN. If friends so desire, Memorial Contributions may be made to I.U. Health Hospice House, C/O I. U. Health Bloomington Hospital Foundation, P.O. Box 1149, Bloomington, IN 47402. Online condolences may be given at www.DayDeremiahFrye.com
See more See Less

In Memory Of Nicholas John Balaguras