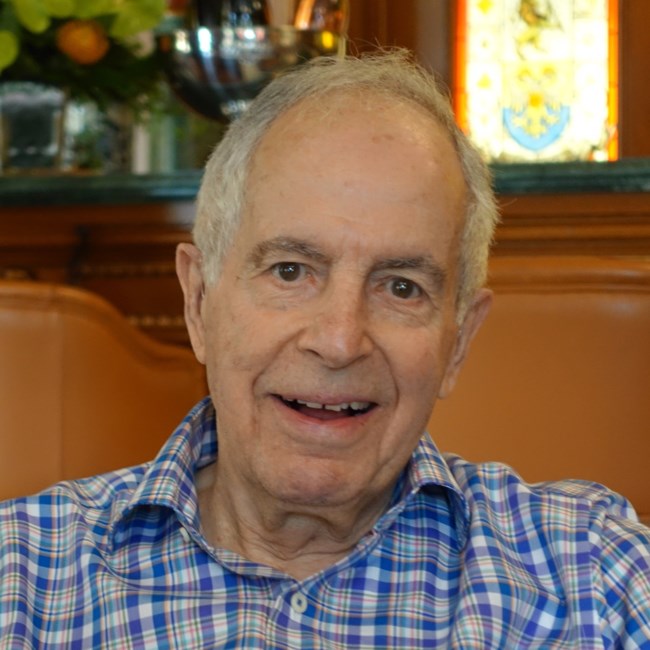 Salvatore Raymond Gambino, M.D. of Pompano Beach, Florida, passed away at the age of 95 on January 1, 2022. He is predeceased by his son Stephen and survived by his devoted wife of 68 years, Madeline Russo Gambino, daughter, Catherine Garroni, sister Elaine Mauceli, brother Robert Gambino; daughter in-law Carol Gambino and son in-law Andrew Garroni; grandchildren Alexander Gambino, Elizabeth Edgerton, Philip Gambino and Lauren Garroni; and great grandchildren Lincoln and Grace Edgerton. In 1928, when Ray was two years old, his parents, Salvatore and Rose Gambino moved from Brooklyn into the newly developed community of Gibson, Long Island. It was here, 25 years later he married his sweetheart, Madeline, who lived across the street. As a young boy Raymond was a tinkerer. He took his trains apart and built model electric motors. He began college at the age of 16 at Antioch in Ohio. After two years he was drafted during WW II to serve in the U.S. Navy where he pursued electronics. He bypassed Harvard Medical School for the University of Rochester to have more access to his professors. While an intern at Bellevue Hospital, Raymond had an epiphany: the labs could do a better job assisting physicians. With his scientific background and tinkerers’ mind he knew he could improve the laboratory. His early innovation in laboratory technology and commitment to quality standards helped push the lab out of the hospital basement and into the national mainstream. Ray started his residency training at Columbia-Presbyterian in NYC and finished at St. Luke's Hospital in Milwaukee, Wisconsin where opportunities were greater. In 1961, he became Chief Pathologist at Englewood Hospital in New Jersey. In 1969 he was appointed full Professor of Pathology with tenure at Columbia University's College of Physicians and Surgeons, and in 1978 he was appointed Chief Pathologist and Director of Laboratories at St. Luke's-Roosevelt Hospital in NYC. Finally, in 1983, he joined MetPath as Chief Medical Officer where he helped guide its national growth from MetPath to Corning Clinical Laboratories and then to Quest Diagnostics where he worked until he retired in 2014 at the age of 88. He was affectionately known as the "white streak" for his speed at moving through the laboratories in his white lab coat. He loved teaching, treated his laboratory colleagues like family and is known for instilling the strict quality principles followed today at Quest Diagnostics where the top quality award is named after Raymond Gambino. Ray’s passions included dancing with Madeline, opera, movies, and world travel. He loved to vacation with family, especially his grandchildren. In 2015, Ray and Madeline moved to John Knox Village, a retirement community in Pompano Beach, FL. They’ve been active in Rotary, the Bazaar where proceeds support local needs, enjoyed the gym and made new friends. Raymond Gambino was a force, full of energy, ideas, and knowledge and touched and made many lives better. A celebration of his life will be held on January 26th at John Knox Village for residents and immediate family. Arrangements by Babione Funeral Home, 1100 N Federal Hwy, Boca Raton, FL. In lieu of flowers, donations in Salvatore Raymond Gambino’s name may be made to the Alzheimer’s Association. Condolences and remembrances at https://www.dignitymemorial.com/obituaries/boca-raton-fl/salvatore-gambino-10511251
See more See Less

In Memory Of Salvatore Raymond GAMBINO