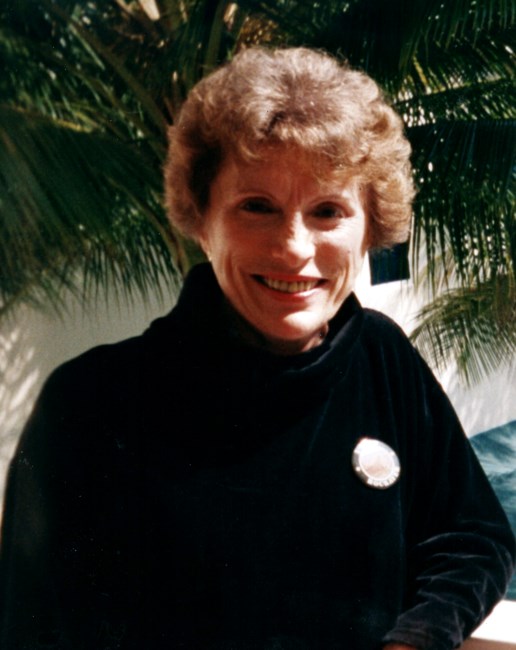 June absolutely loved her friends – you know who you are! Our dear mother, June, was born in Everett on June 15, 1934, to Charles Borton and Marion Louise (Barnes) Ransopher. She passed away peacefully at Evergreen Hospice Care Center on November 6, 2022. June grew up in several places - Everett, Juneau AK, and Wedgwood (north Seattle) - and attended Maple Leaf Elementary and Roosevelt High School. She began a 50-year career with United Theaters in 1958, and ultimately was general manager and vice-president. While continuing to work full time, in 1979 she went back to the University of Washington where she became a member of Mortar Board, and graduated cum laude with a Bachelor’s Degree in Business Administration in 1983. In 1959, June married Bernard D. “Bernie” Botz, who predeceased her in 1990. In 1998, she married Charles D. “Charlie” Bright, who predeceased her in 2014. June was a long-time member of St. Brendan Catholic Church in Bothell, contributing many hours as a devoted volunteer, from singing in the choir, to sitting on the steering committee for the church’s new building. The above summary presents some of the bare facts of her life, but does not begin to reveal her passion, loyalty and generosity, and the fullness with which she lived. June was a force to be reckoned with: an astute businesswoman, a financial wizard, always in control of the situation. At the same time, she knew how to pluck a chicken, make head cheese, can hundreds of jars of fruit for winter, and cook a gourmet meal. June and Bernie began their marriage on a small subsistence farm, with poultry, pigs and a garden full of vegetables. We’ll never forget the holidays with goose dinners and real homemade mincemeat turned into fabulous pies. She remained in touch with grade school and high school friends, and helped with reunions and get-togethers. She built life-long friendships with church members while helping with nearly every aspect of church life. She and Bernie started the annual St. Brendan auction, participated in hilarious fundraising talent shows and skits with their friends, and served thousands of Swedish meatballs at the endless smorgasbords, and hundreds of pancakes at church breakfasts. June remained a loyal supporter of St. Brendan Catholic School even long after her children had all graduated, and helped many other charities, too numerous to count. June enjoyed going to the Seattle Symphony, the Pacific Northwest Ballet and various theater productions, and supported these and numerous other cultural institutions. She delighted in traveling to many different places around the world which she did first with Bernie and close friends, and continued to enjoy doing with Charlie. June liked playing cards with her poker group, and was a faithful watcher of the Sonics, the Mariners and the Seahawks. More than anything though, the most important aspect of June’s life was her family. She fiercely loved her children, and always wanted the best for us. It was important to her that we be together, and love each other. June is survived by her sister, Linda Sinnett (Bill) and sister-in-law, Marguerite “Margie” Carnahan. June’s children are: Victoria Stiles (Orben), Bernard G. Botz (Julie), Mary Syson Mills (Dave Syson deceased 2017) (Jason Mills), Kerri Foust (Stephen) and Beth Botz. June is survived by her wonderful grandchildren: Jeanne Gustafson, Bernard T. Botz (Nicole), Kaela Church (Ben), Krysta Syson Saintz (Josh), Bradley Syson (Lindsay), Lexi Syson Vandiver (Clint), Andrew Syson, Cassie Rees (Brian), Emma, Jacob and Austin Foust, Desiree and Bobby Graham. When June married Charlie, she embraced his children as her family too: Roselie Lewandowski (Mark), Charlie Bright (Sheila), Walter Bright (Trish), Heidi Bright and Jim Bright, and grandchildren Annalisa and Lenora Yoder, Adam Clark (Sandy), Caitlin Wandling (Mike), Erik, Luke and Jeffrey Bright, Max, Grace and Clark Bright, Tristan (deceased 2015) and Trevor Parales, Mindy and James Bright. June also has 30 great grandchildren. The Botz great grandchildren: Casey, Lane, Kaydence, Peyton, Kaelyn, Anacely, Teegan, Paisley, Aubie, Makenna, Briar, Alister, Hartley (deceased 2016), Harper, Verity, Finley, Charlotte and Delaney, Bernie A. The Bright great grandchildren: Ki, Eli, Easton, Ella, Westly and Brien, Fenton, Teagan, Paisley, Ransom, Iris. June is survived by many nieces and nephews, along with her cousins too, who were all very special to her. She loved you all. The last months of June’s wonderful life were spent at Aegis Living of Kirkland, where staff and caregivers gave her their support and kindness. A funeral Mass will be held at Noon on Wednesday, November 16, 2022 at St. Brendan Catholic Church in Bothell 10100 NE 192nd St., followed by a reception at the church.
See more See Less