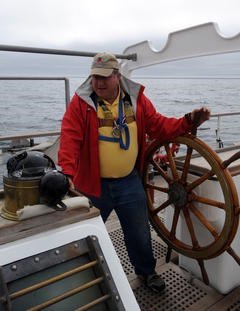 Lee left us peacefully this past Thanksgiving Day 2021 just three years after suffering a massive stroke. Born in New York City in July 1948, the son of Archie and Dorothy, he moved with his family to South Florida at a young age and attended Coral Gables High School. Swimming was one of his greatest passions, from his time as a youth in Venetian Pool, to becoming a two time All-American his junior and senior year. Competing internationally at events like Maccabiah Games with teammate and Olympic Gold medalist Mark Spitz, he then accepted an athletic scholarship at the University of South Carolina, he transferred to the University of Wisconsin, obtaining his bachelors in Meteorology, where he competed in the Olympic Trials and continued his post collegiate swimming career in the US Masters well into his 40s When Lee was young, he vividly remembered being excited at the prospect of Weather phenomenon, thus a precursor to his Lifelong dream of being involved in Meteorology. Having an extensive and passionate career with the National Weather Service. He served as a commander in the US Navy. While stationed at fleet weather central Rota, Spain, he met his wife Toni. After retiring from government in the late 90s, he pursued teaching and speaking events in the private sector until forming his own consulting business promoting safety at sea. His professional accolades are lengthy, including being a US Coast Guard certified instructor for basic and advanced meteorology at training institutions like MITAGS, Star Center and Pacific Maritime Institute for professional Mariners. He also trained commercial fishing and recreational boaters on becoming self reliant on vessel routing and prudent decision making. He has served as a keynote speaker at numerous boat shows and symposia across the country. Together with prestigious Captain Ma-Li Chen from Taipei, they published a book (Heavy Weather Avoidance and Route Design: Concepts and Applications of 500Mb Charts) that is highly influential in the Mariner community. He is survived by his wife, son and grandchildren as well his brother and sister. Lee, may you have fair winds and following seas. Fond memories and expressions of sympathy may be shared at www.LifetimeCelebrationsByWashelli.com for the Chesneau family.
See more See Less

In Memory Of Lee Stewart Chesneau