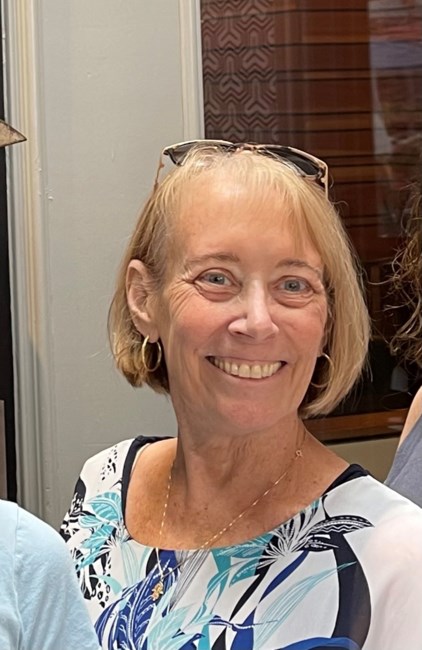 Anita Marie Solick Oswald, age 72, died of Cancer on July 15, 2021. Anita is survived by her wonderful and loving grandson Declan Stoddard, and there are not enough words to describe her love for him and his basketball teams. She attended all of his games since the first grade. Cherished daughters Deirdre O’Loughlin and Barbara O’Loughlin Stoddard, and supportive son in law Aaron Stoddard brought a sparkle to her eye. She was a loving and dedicated wife to husband, Ralph Oswald. She loved cats and was blessed with the presence of Ziggy the Cat, who was her constant companion and comfort during this difficult time. She is preceded in death by her parents Helen and Jack Solick and brother Jack Solick of Chicago, Illinois. Anita was born in Chicago, Illinois and soon fled the windy city for better vibes and weather in Santa Monica, California. Chicago and the West Side where she grew up, always had a special place in her heart and she maintained her connection to the city through her support of the Off the Street Club. She was proudly, graduated from UCLA with a degree in Economics, in addition, she attended the University of Colorado, obtaining a MS in Operations and Management. She moved to Boulder, Colorado in 1982. She was an expert in Supply Chain Management working for the Federal Reserve Bank, National Renewable Energy Laboratory, Sun Microsystems and IBM. While work was important to her, it was her family, interests, friendships, volunteer work that defined her and where she made her greatest impact on the world. She was a social justice warrior before the term became popular, a vocal advocate for the voiceless, always willing to stand up to injustice. She began her volunteering at the age of seven for the John F. Kennedy presidential campaign. Always willing to help a just cause, she volunteered for the United Farm Workers of America, participated in AIDS Walk Colorado, National Minority Supplier Development Council, The Dairy Center for Performing Arts and the Boulder Writing Studio to name just a few. Her true passion was writing. She is the author of “West Side Girl”(available on Amazon), which is a joyful collection of short stories from a nostalgic time in Chicago. The proceeds of the sales of the book go directly to support Off The Street Club, which she attended in her youth. Founded in 1900, Off The Street Club is Chicago’s oldest boys and girls club. They serve more than 3,000 kids in one of the most dangerous neighborhoods in the country, West Garfield Park. (Off The Street Club | Facebook) She loved jazz at Dazzle in Denver, supporting local musicians and attending concerts across the globe. She was lucky enough to see Prince, The Beatles, Van Morrison, James Brown, The Rolling Stones, the Who and many more. She was loved deeply by friends from around the globe as evidenced by all the emails, dms, calls, texts, Insta and FB posts of condolences her family received from friends, former colleagues and volunteer connections. She challenged people. to stand up to injustice, love with a passion, and live life to the full. Anita would ask that if you made it this far in the obituary, please do more for your fellow human. She gave everything her all, including her fight against aggressive cancer, remaining stoic and determined, in the face of adversity. She passed peacefully with the presence of angel dogs escorting her to heaven. Memorial plans are in the process and will be shared on her facebook page at Anita Solick Oswald. Donations in her honor, should be directed to the OFF THE STREET CLUB in Chicago. . (Off The Street Club | Facebook)
See more See Less

In Memory Of Anita Marie OSWALD