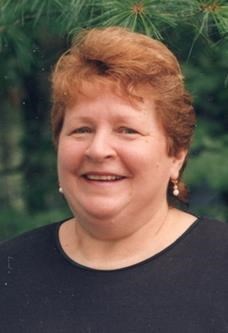 Ann (Ann Eckels Bailie) of Boulder, CO, died on May 3, 2022. She was 87. Bill Bailie, her husband, preceded her in death as well as her son, Jim Bailie, and her two brothers, Don and Jack Eckels. Ann was born in Littleton, NH and spent her childhood in nearby Laconia, the daughter of John C. Eckels and Dorothy R. Eckels. Her father was a surgeon, and her maternal grandfather, Adolph Frederick Erdmann, was one of the pioneers in the field of anesthesiology. A "numbers whiz," Ann earned her bachelor's degree in mathematics at Middlebury College in 1957. Ann and Bill were married on October 3, 1959 in Laconia. Following college, Ann moved to Washington, DC where she worked as a mathematician at the Naval Research Laboratory. In 1957, she was among the original group recruited to work for the United States' fledgling space agency, NASA. "It's not round, it's pear shaped!" exclaimed Ann and her fellow NASA colleagues after analyzing the data transmitted back to earth from the Vanguard satellite. Shortly after, in 1959, Ann and two other NASA researchers published an article, the first to verify that the earth is not smooth and round, but somewhat lumpy as a pear. Mademoiselle magazine named Ann as one of the Ten Young Women of the Year in 1963. Ann's NASA career ended in 1969 when she, Bill, and their three children (Jim, Diane, and Jean) moved to Pittsburgh, PA. Bill, as a JC Penney store manager, was transferred two more times, so the family also lived in Canton, OH and Somers, CT. Ann moved to Boulder, CO in 2014 to be closer to family. Ann's numerical talent never left. After her three children were grown, she worked for 20+ years at H&R Block preparing taxes for individuals and small companies. She continued as a volunteer for a number of additional years doing taxes for seniors. Ann was also very involved in all the churches that she attended over the years. She was part of church councils, sang in church choirs and maintained those friendships throughout her life. Ann was a favorite of her grandchildren. They loved her high-pitched chuckle. She loved playing with them, especially while summer vacationing at the family cabin on Lake Winnisquam. Evenings on the porch, a kid or two would utter "Grandma, how could you?" during games of Michigan Rummy, Phase 10, or others. No, Grandma wasn't going to give you a break—you had to beat her fair and square! She loved to whoop it up in the stands, whether a grandchild was moving up the field dodging soccer players or in a heated race in a swimming pool. Ann is survived by her daughters Diane (Joe) Grill, Jean Bailie, and daughter-in-law Angie Bailie; seven grandchildren; and three great grandchildren. A celebration of her life will be take place at the Crist Mortuary in Boulder, CO at on Saturday, July 23rd at 1:00 pm. At a later date, a private burial service will be held in Laconia, NH. The family kindly requests no flowers. Donations, however, can be made in Ann’s honor to Habitat for Humanity International, Malawi. https://secure.habitat.org/site/Donation2?df_id=4974&mfc_pref=T&4974.donation=form1 Fond memories and expressions of sympathy may be shared at www.cristmortuary.com for the Bailie family.
See more See Less

In Memory Of Ann Eckels Bailie