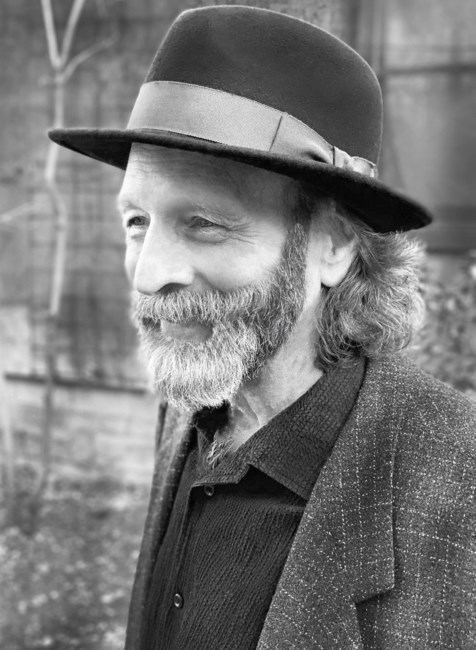 John Tomlinson Roderick, known to many as Tom or TR, transitioned onto his next adventure in his art studio in Boulder, Colorado. He was sixty-six years old and lived a beautiful, creative life with his wife of twenty-eight years, Donna. With an optimistic nature, he virtuously battled Glioblastoma, a journey that he handled with grace and style for twenty-eight months. He is survived by his wife Donna; his son, Chase; and his daughter Rachel Rae and 'son-in-love' Ryan Wix. Born in Fort Riley, Kansas, TR was raised by the everlasting love of his mother, Nancy Adelaide Roderick (deceased), and father, legendary Dr. James Evan Roderick II (deceased). TR was brought up in a large family; his siblings included Rees, David (deceased), Melinda, and Richard. Tom grew up in Salina, Kansas, and enjoyed every moment of his youth. He was a member of the Christ Cathedral Episcopal Church and was a well-rounded young adult, excelling in academics, music, and athletics. From a young age, Tom was a natural musician playing the guitar, a talent that he pursued throughout his life; he was also a brilliant keyboard player later on. He played in several bands throughout his life, and music was one of his greatest passions. In high school, Tom was a member of the Salina Central High School basketball team that won the Kansas State Championship, he was known for his defense and speed on the court. Following high school, he attended his Alma Mater, The University of Kansas, in Lawrence, KS. He bled Crimson and Blue, as he was a lifelong fan of the Kansas Jayhawk basketball team, Rock Chalk! Moving from Kansas to California for a brief period, TR eventually found his way to Colorado, where he pursued a career in commercial real estate. His son Chase is following in his footsteps in the Denver real estate market, which TR was very proud of. As an agent, TR became highly referred to due to his integrity and loyalty to those he worked with. People loved and trusted Tom. To many, he felt like family, and being able to soak in his presence brought joy to those around him. TR was a hilarious man, known for his one-liners and effortless ways of making people laugh. He brought joy into every situation. After the birth of his daughter, TR's "hidden" artistic abilities began to emerge. When TR was asked to decorate a big-box playhouse for Rachel Rae, he "miraculously" painted a beautiful border of blooming iris. His surprised wife and mother-in-law, Judee, went right out and bought his first cache of art supplies. They challenged him to paint more. He began by re-creating well-known masterpieces, and in a very short (but hard-at-work) time, became a prolific, self-taught artist. In 2011, with his wife as his business partner, TR began painting full-time, and Donna sold his work on the internet through their company, Tom Roderick Art. TR's artwork, including many originals and commissioned portraits, can be seen all over the world. Tom flourished throughout his lifetime, pursing moments that brought him joy. His kindness and imagination will continue his legacy. He was laidback, contagiously happy, and a friend to everyone. If TR wasn't painting, you could find him in his garden, when you take in the beautiful flowers this summer think of TR shining down on you. "I want you to walk with me in the garden of your heart, where I have taken up permanent residence." Genesis 3:8; Psalm 89:15 We know he would want all of us to celebrate him in joy, love, and laughter. However, due to the current social-distancing guidelines, we are postponing the larger-than-life celebration he deserves. In the meantime, memorial donations can be made to the Roderick Family at 1810 Iris Ave, Boulder, Colorado, 80304. We challenge you to uphold his memory by singing, dancing, painting, and creating; a digital memorial is being made to preserve and share all of our memories #TRForeverMore.
See more See Less

In Memory Of John Tomlinson Roderick