Memorial service is by invitation only. Please join us for Lonna's services via live stream at the link below. 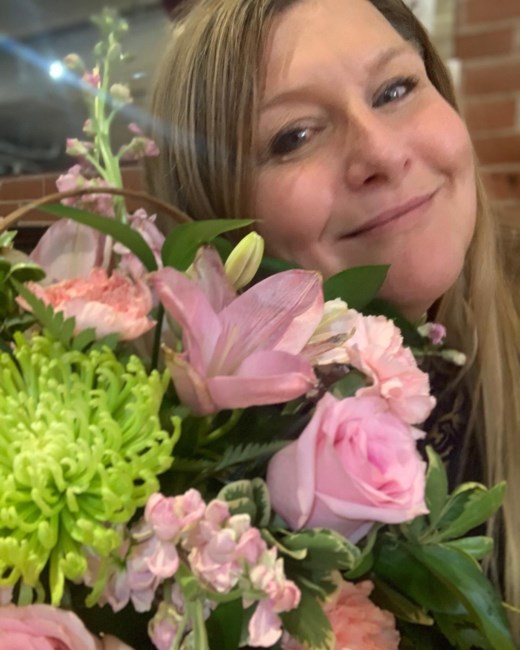 Tralona “Lonna” Lynn Bartkowiak, 49, owner of Umba, and Louisville, Colorado resident, died Monday, March 22nd in a senseless act of violence in Boulder, Colorado. Lonna is survived by her mother Starr Bartkowiak, sister Leesah Noble, brothers Michael Bartkowiak, Christopher Garrotto, Michael Royal, nieces Myra Noble and Kaidyn Garrotto, grandmother Naomi Brown, aunts Kathyee Bartkowiak, Marlene Schafer, Sandi Strous, Robbyn Harrier, cousin David Straw and fiancé Brian Cadieux. Last, but not least, her beloved dog Opal. Lonna was born on September 29th, 1971 to Starr and Edward Bartkowiak in Granada Hills, CA. She spent her early life in California facing many challenges and eventually overcame them with a move to Colorado, where she flourished as the proud co-owner of clothing and artist collective, Umba. She spent summers traveling the world, and attending music festivals across the country selling clothes and connecting with the people. She felt truly blessed for this second chance at life, and stepped into each day with infinite amounts of gratitude. Lonna adored her nieces, Myra and Kaidyn, as if they were her own, and was very close with all of her family. She was immensely excited about her engagement and starting her new life with her fiancé Brian, and had plans for a big wedding and buying a home. Lonna wore her heart on her sleeve, and her humble kindness was felt throughout the local Boulder community. The family and community are devastated by her loss. The live stream memorial service is scheduled for Friday, April 2nd, at 11:00 AM. Flowers, and condolences may be offered at Umba, and donations may be accepted through GoFundMe at Love For Lonna Bartkowiak, organized by BJ Cochran
See more See Less

In Memory Of Lonna Bartkowiak