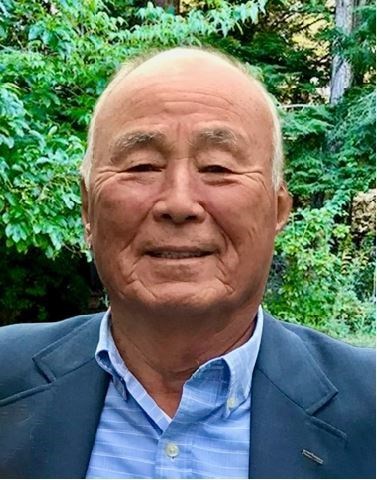 Nak Young Choung, 88, a resident of Boulder CO, passed away peacefully on September 14, 2022. He was born as the eldest son to Chin Sook Choung and Shin Sook Cho in Seoul, Korea on June 21, 1934. A full 4-year scholarship at Presbyterian College enabled him to study in the US, where he earned a Bachelor of Science degree in 1959. Shortly thereafter, he earned a Master of Arts degree from New York University in 1960. Nak followed his father’s footsteps into the publishing industry and quickly became a well-known and highly-respected trail blazer in the field of international publishing in New York and Boston – holding senior positions at Collier-MacMillan, Addison-Wesley, Harper & Row, McGraw-Hill, Random House and Pearson. In the early 1970's, he took a sabbatical from his career to support his father and the family business, Eul-Yoo Publishing Company, in Seoul, Korea – where he continued to serve as a board member until his passing. Nak has been described fondly by his colleagues as being a “tough but fair” boss and as a caring and invaluable mentor to many. He valued all the relationships he made during his career and, consequently, we have received an outpouring of love from around the globe. As many will know, Nak held a lifelong passion for golf. Indeed, he was a scratch golfer during his prime and won numerous tournaments at his beloved Burning Tree Country Club in Greenwich, CT. However, most may not know that he never took a golf lesson in his life and everything he learned about the game (and his swing) came from reading Golf Digest. Even after retiring and moving to Colorado, he managed to regularly “shoot his age” through his 70’s and 80’s. Upon his passing at the ripe-young age of 88, he managed to finish with a 17.9 handicap – thus, eternally avoiding the “dreaded 18”. Nak lived a life that epitomized the adage “work hard, play hard”. In business, he had an intensity that was outwardly visible and was unforgivingly results-oriented. However, in play, he knew how to have a good time and live a life of joy. His laugh was unique, contagious and loud – almost obnoxiously loud! When he was on a business trip in Hong Kong one day, a neighbor from New Jersey heard his laugh from across the restaurant and knowingly sought him out from the crowd. His voice became softer in his older age, but he never lost his sense of humor or his zest for life. Nak is survived by Louise, his wife of almost 59 years, as well as his three children and five grandchildren. A graveside service will be held on Saturday, October 1, at 1:30pm at Mountain View Memorial Park in Boulder, CO – followed by a reception across the street at the chapel in Crist Mortuary. Gifts in lieu of flowers may be made in Nak’s memory to the Tunnel to Towers Foundation (t2t.org) or to the “PC Scholarship Fund” at Presbyterian College (presby.edu). Fond memories and expressions of sympathy may be shared at www.cristmortuary.com for the Choung family.
See more See Less

In Memory Of Nak Young Choung