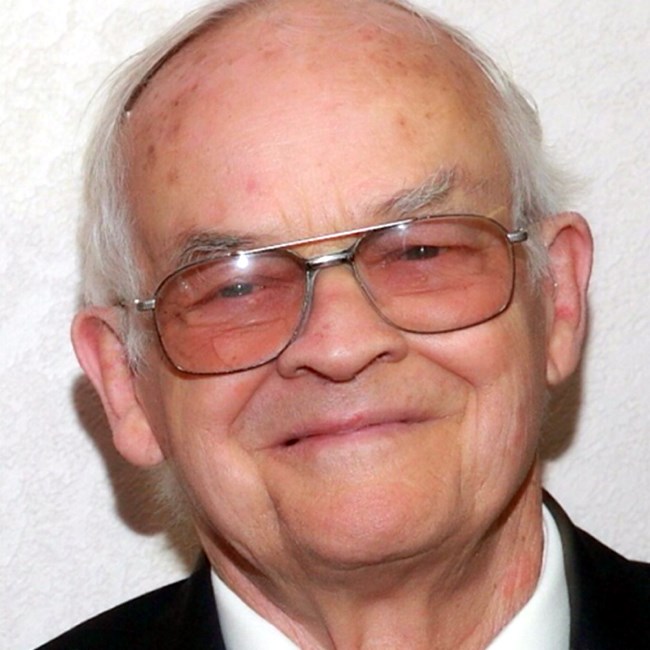 Wendell Ray Burchett, age 93, of Boulder, Colorado passed away on Tuesday, July 26, 2022. Wendell was born March 14, 1929. Wendell was born in Fairview, Oklahoma to Vera and Ray Burchett, the second oldest of five children. After he was born, his family moved to Seiling, Oklahoma, where he grew up. He graduated from Seiling High School in 1947. He multi-lettered in football, baseball, track and basketball. During halftime of the football games, due to the small size of the student body, he would put his helmet down, pick up his clarinet and in his football uniform, join up with the marching band. The summer after graduation, as a member of Future Farmers of America, he raised and showed the Grand Champion lamb. After graduation from high school, Wendell enrolled at Panhandle A&M College where he played football for one season. He did not return to PAMC the following year. He enrolled at Oklahoma A&M (now known as Oklahoma State University) where he went on to receive his Bachelors of Science degree in Physical Education. Dances during college were always popular, and at one dance, he met Neva June Bowden. Interestingly enough, on August 9, 1947, Woodward, Oklahoma suffered from a massive tornado. Wendell went to Woodward with some friends to help with recovery operations. One of the seriously injured victims they helped was the very same June Bowden whom he would meet again at the dance. They were married on July 28, 1950. While attending OSU, he worked for the Registrar’s Office where he became fascinated with IBM equipment. He decided that he did not want to be a high school coach and teacher after meeting electronic data equipment. Wendell was an early pioneer in the computer programming industry. In 1957 he was offered a job in Boulder at the University of Colorado in this new profession known as “computing”. The University wasn’t sure this computing thing would take, so they gave Wendell and his team offices in the basement of Macky Auditorium. He worked on machines that took up the entire room from floor to ceiling. Wendell was always seen walking around campus with a pocket full of computer cards, a Flair pen and a mechanical pencil. In 1985, he was awarded the Robert L. Stearns Award from the University of Colorado Alumni Association. The Certificate states, “With his sleeves rolled up and a “can do” approach he continues to go the extra mile on Staff Council, on behalf of Easter Seals of Colorado, on behalf of the Greek Blood Bank, on behalf of the CU Athletic Department, on behalf of the 4th of July Celebration at Folsom Field.” For many years, one could find Wendell at Folsom Field on Saturdays operating the scoreboard for the football games. July 4th celebrations were always fun when he and Lane Earnest would MC the fireworks celebrations - Lane on the field and Wendell on the scoreboard. He ran the scoreboard for the CU Basketball games, and was an official timer for CU Track Meets. In 1974, while working at the University, June passed away. He found a new love with Barbara (Gabby) Galbasini. In 1975, they were married, and remained married until Gabby’s passing on Jan. 7, 2019. They both worked at the University, and upon their retirements, they were hired by Mission World to work on the Billy Graham London Crusade. This was the beginning of many years of Crusade work for both Wendell and Gabby which took them all over the world. He remarked to his son Dave that one month, he spent more time in the air flying around than he did on land. He figured it out to be 17 days flying, and 14 days on the ground. He traveled to 64 countries during this time, among them, Andorra, Benin, the Ivory Coast, Malawi, and the UAE. He also drove to Guatemala with building supplies to work on an orphanage there. Wendell is survived by his brother Stuart Burchett (Carolyn), daughter Deborah Havas (Andrew-deceased), son Dave Burchett (Cathy), stepdaughters Cindi Elsberry (Gary), Sandi Zimmerman (Mark-deceased), Lane Claxton (Jeff), 16 grandchildren and 15 great-grandchildren and many nieces and nephews. The family would like to extend special appreciation to Sunrise Senior Living of Boulder, Home Instead Senior Care and Lumicare Hospice for the outstanding care provided to Wendell. Services will be held at Grace Commons Church, 1820-15th St. Boulder, CO at 11:00 a.m. on Saturday, August 20. In lieu of flowers, please consider a donation in Wendell’s name to: Samaritan’s Purse, (PO Box 3000, Boone, NC 28607), Grace Commons Church (1820-15th St. Boulder, CO 80302) or a charity of your choice. Fond memories and expressions of sympathy may be shared at www.cristmortuary.com for the Burchett family.
See more See Less

In Memory Of Wendell Ray BURCHETT