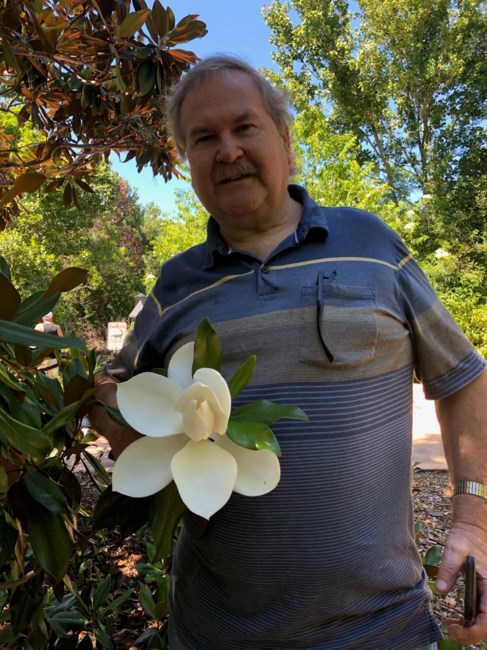 Dick was born on October 5, 1952, the first-born son of Donald Eugene and Nora Lee (Johnson) Preston of Columbus, Ohio. He was elder brother to David Preston (Oksana Bordyuk), and devoted husband of 42 years to Dena Preston. Together, Dick and Dena have six children, Joshua Preston (Erica Cooper), Elizabeth McNeese (Michael McNeese), Aimee Frizzell (Seth Frizzell), Brenda Preston, Jeremiah Preston (Rosaliz Cordero-Carrillo), and Jesse Preston (Holly Lott), along with other children he considered as his own, Berenice Garcia and Nick McPherson. Dick is survived by his mother, Lee; his brother, David; his wife, Dena; his children and sixteen grandchildren; and two uncles and aunts, many nieces, nephews, cousins, and friends.

Dick was a graduate of Franklin University and held a Bachelor’s Degree in Business and Computer Science. He worked as an IT Manager for several decades prior to his recent retirement and subsequent relocation to sunny and warm Florida, where he had met and married the love of his life, Dena, so many years ago.

Dick was a devoted and loving patriarch for his family. He was passionate for the Lord and lived the Message he preached. His own failures and mistakes only emboldened him to extend the love and compassion of Christ he himself had experienced. He took care to pray over all his children nightly as they grew up, and spoke words of affirmation and pride to them even when they made mistakes of their own. His love for each of them never wavered, never failed, and continued on to his many grandchildren.

Although he fathered three of his own children, he opened his heart and home to adopt three more children and foster dozens of others needing a home and love. He was always generous; sharing what he had with the homeless, needy, and orphaned. He wasn't a man who merely professed faith in Jesus Christ, but rather a man who lived it out loud without shame.

A man of faith, Dick was never interested in popularity or public opinion. His calm presence brought a sense of stability to those around him, and comfort to those who relied on his judgement and leadership. He loved his wife and modeled for his children how a man should treat a woman; always kind and doting, never contradicting in front of others, always supportive and united as parents together. He was his wife’s most dedicated supporter, always by her side and involved in whatever job or cause she engaged in.

Dick often volunteered at church alongside his wife, such as giving his time to “God’s Abled” at Crossroads Church in Circleville, OH, which is a ministry for persons and families affected by disabilities. He most recently attended Beit Tehila Congregation in Brandon, FL, where they worship Jesus and learn the Hebrew roots of our Christian faith, with his wife and two grandchildren.

His final words to his family were, "I want to see you again. You can see me again, too, if you follow Jesus!" We have no doubts that Dick Preston is rejoicing in heaven with a renewed body, eagerly awaiting to embrace his family once again.

In lieu of flowers donations may be made to the Preston family.

A celebration of life for "Dick" will be held Sunday, November 1, 2020 at 2:00 PM at Crossroads Christian Church, 5679 Tarlton Road, Circleville, OH, please note a time change occurs this day.