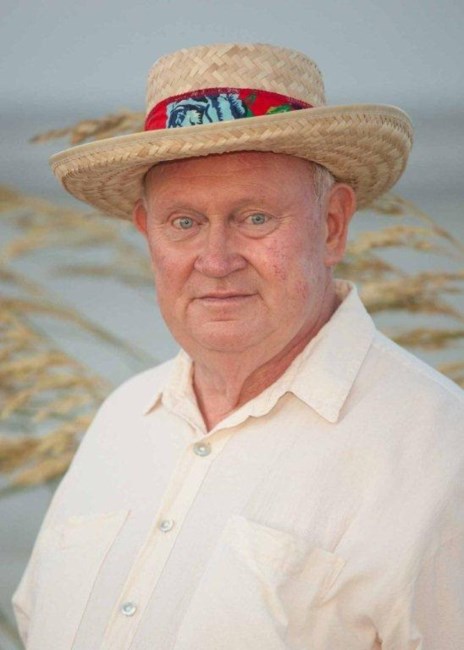 Judge Glen Edward Clark died on October 25, 2012 at his home on Saint Simons Island, Georgia with heart, liver and cancer complications. His memorial service will be Monday, October 29, 2012 at 3 p.m. at Saint Simons Presbyterian Church, 205 Kings Way, Saint Simons Island, Georgia 31522. Judge Clark was born November 23, 1943, in Cedar Rapids, Iowa, the son of Robert Morris Clark and Georgia Lucille Welch Clark. Judge Clark grew up in Audubon, Iowa and Linn County, Iowa. He graduated from Prairie High School, Cedar Rapids, Iowa with scholastic, musical and athletic honors. He received his B.A in Political Science from the University of Iowa where he served as President of Pi Kappa Alpha fraternity. Upon graduation in 1966, he married Deanna Dee Thomas Clark, who he had met in 4-H Leadership Club. He served in the United States Army from 1966 until 1968 teaching courses for the United States Armed Forces Institute at Camp Casey, Korea and as a mess sergeant at Fort Ord, California. Judge Clark earned his J.D. Degree from the University of Utah in 1971 where he was Articles Editor of the Utah Law Review and was awarded membership in the Order of the Coif. He became a member of the Utah Bar and practiced law with the law firm of Fabian & Clendenin from 1971 until 1982. From 1976 through 1982 he served on the American Bar Association UCC Committee and its Subcommittee on Commercial Paper, Bank Deposits and Collections and Letters of Credit. He was Panel Chair of the Utah Bar Association Banking and Finance Section from 1981 through 1982. In 1982 he was appointed as a United States Bankruptcy Judge. He was a Visiting Associate Professor of Law at the University of Utah, College of Law, and an Instructor of Advanced Business Law at the University of Utah, Graduate School of Business. He authored articles on the subjects of bankruptcy and commercial law. He was a frequent speaker for Norton Bankruptcy Institutes, the American Bankruptcy Institute, Association of Insolvency & Restructuring Advisors and several State and Local Bar Associations. He was a member of the Bar of the Mvskoke Nation District Court. In 1986 he became Chief Judge of the United States Bankruptcy Court for the District of Utah. He served on the Board of Governors of the National Conference of Bankruptcy Judges from 1988 through 1994 and chaired the Board of Trustees of the NCBJ Endowment for Education from 1990 through 1992. He served as President of the NCBJ from 1992 to 1993. From 1989 to 1992 he served as a member of the Bankruptcy Education Committee of the Federal Judicial Center. From 1992 to 1999 he served as a member of the Committee on the Judicial Branch of the Judicial Conference of the United States. He was a Charter Fellow of the American College of Bankruptcy and served for six years on its Board of Regents. He served as Director of the American College of Bankruptcy Foundation and on the Tenth Circuit Judicial Council. He was a founding member of the Bankruptcy Appellate Panel of the Tenth Circuit from 1996 until 2008. In January, 2009, Judge Clark retired from the bench to the beautiful and serene Saint Simons Island where he was a member of Saint Simons Presbyterian Church (PCUSA), Rotary Club of Saint Simons Island, Coastal Georgia Historical Society and Saint Simons Land Trust. While in Utah, he served as a ruling elder of Cottonwood Presbyterian Church, a board member of Shared Ministries, a member of the Cottonwood Club, and a member of the Third Saturday Night Dance Club. Glen is survived by his wife Deanna of Saint Simons Island, Georgia; his son Andrew (Deanna) of Maytown, Pennsylvania; his daughter Carissa of Honolulu, Hawaii; his granddaughter Vashti Isabelle Clark of Mount Joy, Pennsylvania; his step-grandchildren Christopher Eshelman (U.S. Navy) and Joelle Eshelman of Maytown, Pennsylvania; his sister Glee Ellen Clark Hamilton (Donald) of Tampa, Florida. In lieu of flowers, memorial donations may be made to the S. J. Quinney College of Law, University of Utah, 332 South 1400 East, Salt Lake City, Utah, 84112; Saint Simons Presbyterian Church, 205 Kings Way, St. Simons Island, Georgia 31522; or Saint Simons Land Trust, 1624 Frederica Road, Saint Simons Island, Georgia 31522. Edo Miller and Sons Funeral Home has been entrusted with arrangements. www.edomillerandsons.com
See more See Less