To find out more about Every Girl Deserves At least One Dress ministry, go to https://www.dressagirlaroundtheworld.com/our-story 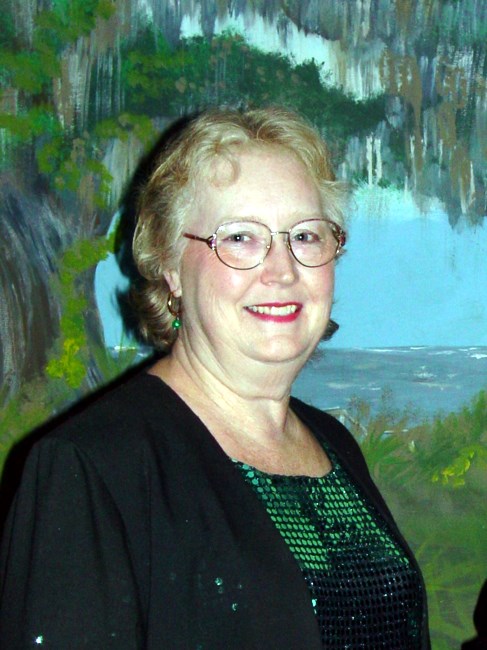 Josie Marie McDowell Howell came into the world on December 10, 1938 and quietly exited on January 21, 2023. Josie was the middle child of nine. Two siblings, Eleanor and Bubba, died before her birth, and one of her younger sisters, Martha, died on Thanksgiving 2022. Josie is survived by five sisters, Jackie, Relda, Lois, Christa, and Cherry. Josie was reborn at the age of twelve when she was saved by grace through faith in Jesus Christ. Jesus was her first love, but her husband, Robert (Bob) Howell, of sixty-one years came in a close second. Josie survived Bob by just shy of three years. Bob and Josie had three children and both survived their youngest, Eleanor Anne, who died in 2016. Josie is survived by her daughter, Barbara Marie, and husband George Coulson of Haymarket, VA., and son, Fredrick (Fred) Scott, and wife Lancie of Brunswick, GA., eleven grandchildren, twenty-two great grandchildren, and one great-great grandchild. Josie was a homemaker and mother, but she was so much more than those labels imply. Josie was a woman content with her own company, but she loved others and was quick to welcome them into her heart and life. She was generous to a fault with her time and talents. If she saw a need, she made herself available to help. Josie could assess a situation and bring organization to even the most chaotic of circumstances. Josie’s nurturing spirit sent her to nurses training at Georgia Baptist in Atlanta, but her empathic heart made it impossible for her to work in the field of medicine. She returned to Brunswick where she and Bob met, married, and had their first child before moving to California where their other two children were born. Josie’s nurturing spirit, empathetic heart, and love for children made her a great sister and mother, but it was those same qualities that combined to turn her toward teaching both in the workforce and as a volunteer. A few of her volunteer jobs included church nursery coordinator, Vacation Bible School, children’s choir, Girls Auxiliary, Royal Ambassadors, Sunday School teacher, and assisting Bob’s ministry as Worship Leader. Josie’s exceptional skill and joy in creating with textiles was another way she ministered to and loved on others. She was a gifted seamstress and tailor-made everything from wedding gowns to menswear to children’s play clothes and home interior. The quilts Josie made for her family were stitched with love and prayers and will cover them for generations. She used her knit and crochet skills to participate in programs like Knit a Kid a Cap, and the Prayer Shawl ministry, spent numerous hours of the course of her life helping others learn to sew, quilt, crochet, knit, and do needlework, and was still making dresses for the ministry Every Girl Deserves At Least One Dress until she moved to Hospice of the Golden Isles just five weeks prior to her death. Josie touched numerous lives, but not just while volunteering. She took the paid position of director of the Preschool at First Baptist Church in Brunswick, GA the year her youngest child began kindergarten. She later taught at Christian Renewal Academy before taking the position of Para-Pro for the fifth-grade teachers at Good Year Elementary. The lives of those touched by the light and love of Jesus in Josie has not stopped just because she has moved to heaven. No, the God of heaven is still working in and through them to keep the ripple effect of His love in her alive in them. Josie was an imperfect woman who lived a great life and was an extraordinary daughter, sister, wife, mother, grandmother, and friend. Per her request, there will be no funeral or graveside services for Josie. Instead, the family will gather and celebrate her life by sharing their memories, laughter, and tears. To find out more about Every Girl Deserves At least One Dress ministry, go to Dress a Girl Around the World - Our Story Edo Miller and Sons Funeral Home is entrusted with arrangements. www.edomillerandsons.com
See more See Less

In Memory Of Josie Marie Howell