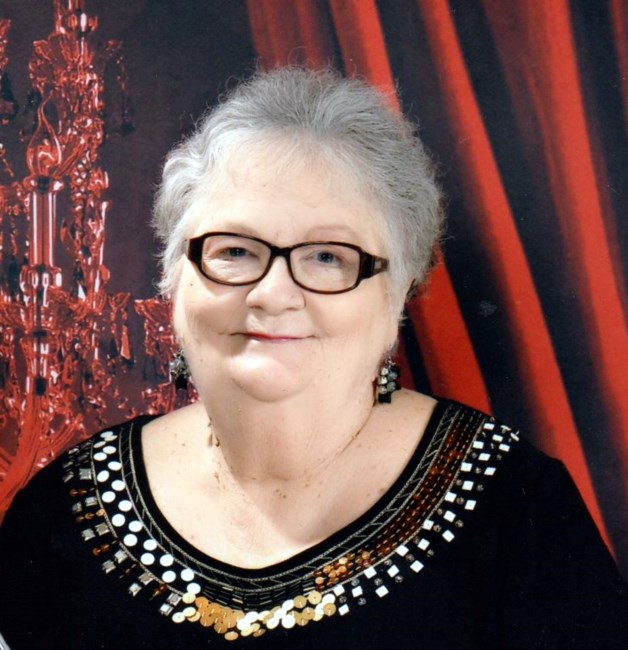 Lettie Ann Cook, 76, of Hortense, Georgia departed this life Friday, May 17, 2019 at SGHS Glynn. Funeral services will be conducted at 11AM Friday, May 24, 2019 in the chapel of Edo Miller and Sons Funeral Home with Reverend Jim Crandall and Jason Ellis officiating. Interment will follow in Palmetto Cemetery with Shane Duncan, Jaime Vaughn, Christian Fleshman, Edward Crews Jr., Edward Crews III, and Jason Ellis serving as pallbearers. Honorary pallbearers are Larry Halloway, Larry Head, and Steve Spurlock. Born July 14, 1942 in Brunswick, Georgia to the late Wallace D. (Sr.) and Edith H. Ellis, she was a graduate of Glynn Academy Class of 1960. Mrs. Ellis was a retired bookkeeper for A1 Pest Control. She had been a resident of Hortense for the past 20 years and was a former resident of Brunswick. She was a member of The Red Hats Society and enjoyed shopping, crochet, and had a good taste for design. She was family oriented and affectionately known as “Granny Cook”. In addition to her parents, she was preceded in death by her husband, William C. Cook, and a son, Michael Cook. Survivors include a son, Mark Cook and wife Heather of Hortense, a daughter in law, Hilda Cook Gay and husband Tiffany of Lyons, three grandchildren, Lucy Duncan, April Crews and husband Edward Crews Jr., and Georgia Ann Cook, six great grandchildren, Edward Crews III, Amy Crews, Josey Lee McNicol, Savannah McNicol, James Michael Duncan, and Shane William Duncan, a great great grandchild, Brettley Crews, and a brother Wallace D. Ellis, Jr. and wife Ann of Hortense. The family will receive friends Thursday evening May 23, 2019 from 6PM until 8 PM at Edo Miller and Sons Funeral Home. www.edomillerandsons.com
See more See Less

In Memory Of Lettie Ann Cook