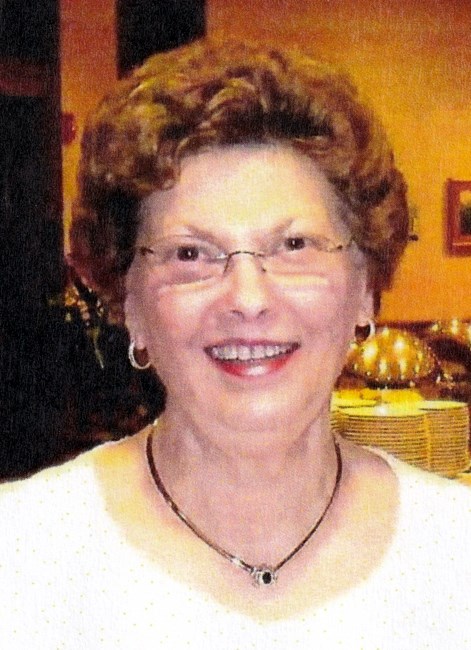 Merlene Alice Copeland Burgess, “Fiddler” as she was affectionately known, 80, of Brunswick, Georgia Flew away to Heaven, Sunday, January 16, 2022, to be reunited with the love of her life, Mac, on Their 57th Wedding Anniversary. Born February 15, 1941 in Waverly, Georgia to the late Abraham Lincoln and Corine Drury Copeland. Merlene was a graduate of Camden High School, Perry Business School and completed College at the University of Georgia in Athens, Georgia, obtaining her degree in Business Finance. She worked in the Banking Industry for 46 years, retiring in 2007. She worked for numerous Banks, including Bank of America, American National Bank, First Georgia Bank and United Community Bank. She advanced to Bank President. Merlene was extremely active in her community, volunteering with the Exchange Club, The Fair, Horsestamp Methodist Church and St. Francis Xavier Catholic Church for many years. She was a Member of the Pilot Club, holding many offices, including President and President elect and Treasurer multiple times. She was also on the Board of Directors of The American Heart Association. Merlene was an avid Bird Watcher, loved people and enjoyed traveling. She is predeceased by her husband, Carlton “Mac” Burgess, her parents, Abraham and Corine Copeland, her brother, Elva R. Copeland (Libby), Sisters, Christine VanSickle (Bill), Leola Padgett (Herman), brother-in-laws, Richard Dukes and C.F. Johnson, Robert Middleton and sister-in-laws , Faye Copeland and Pat Copeland. She is survived by her three Sisters, Ruby Dukes, Brunswick, Ga., Eunice Johnson and Myrtis Lumpkin (Bill) of Jacksonville, Fl., two Brothers, Vernon Copeland and Emory Copeland, Waverly, Ga., brother-in-law Charlie Burgess (Kathy), 3 sister-in-laws, Jane Brunegraff, Georgia Erwin Burgess and Mary Davis (Harry) of Georgia. As well as many Nieces, Nephews and extended Family member and Friends. Merlene touched the lives of so many people and will be greatly missed by all. A visitation was Friday, January 21, 2022 from 6-8pm. Funeral services were conducted Saturday, January 22, 2022 at 11am. Both will be held at Edo Miller and Sons Funeral Home Chapel. 3321 Glynn Ave., Brunswick, Ga. The Reverend Doug Goode of Horse Stamp Methodist Church will be officiating the Services. The Burial will follow the Services at Ella Park Cemetery, 4912 Dover Bluff, Waverly, Georgia. Pallbearers: Bob Katoski, Pat Browning, Mark Bearden, Mark Westberry, Dale McNabb, Raymond Doke and Mark Copeland. Donations may be made to Horse Stamp Methodist Church. Edo Miller and Sons Funeral Home is entrusted with arrangements. www.edomillerandsons.com
See more See Less

In Memory Of Merlene Copeland Burgess