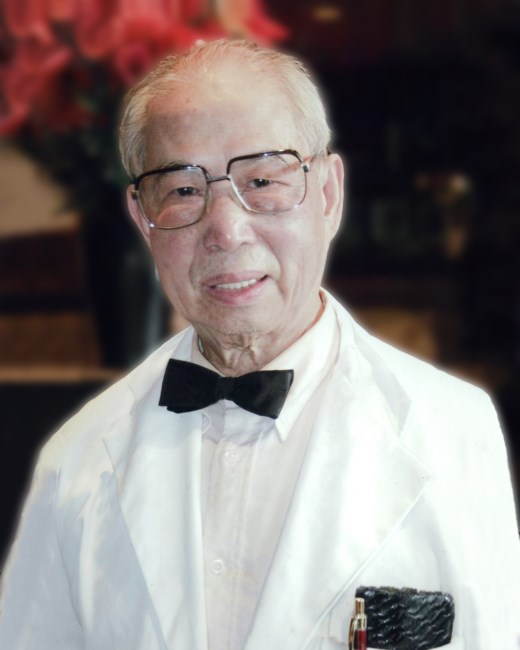 On Wednesday, April 15, 2020, Foo Sing Wong (Cookie), loving husband and father of four children passed away at the Clover Living Retirement Home, at the age of 93 years. Foo was born in Toy Shan, Guangdong, China on October 24, 1926, to Tai Ming Wong and Miss Ma. He married Gee Young Yee in 1949. They raised 3 sons, Lee, Norman, and John, and one daughter, Lorna. He immigrated to Taber, Alberta in 1951, and worked in the Taber Café. He moved to Vulcan, Alberta in 1956 and became partner in the New Club Café. He became sole owner in 1961, and operated it until 1978. Moving to Calgary, Alberta he continued his restaurant profession at the Fortune Restaurant and then The Fortune Inn Restaurant until his retirement in October 2006. Foo’s (Cookie’s) passion was the restaurant business. The restaurants he operated were family businesses with everyone pitching in to help. He always had time for his customers and had an uncanny ability to remember the favorite dishes for regular patrons (the usual). They were always greeted with his big smile, “How are you today? Looking good.” wearing his white jacket and bow tie. Foo was preceded in death by his father, Tai Ming, and his mother. He is survived by his wife, Gee Young, his four children, Lee (Theresa), Norman, Lorna, (Alan), and John (Lisa), six grandchildren, and seven great grandchildren. His brothers Peter, Simon, sisters Holly, Tammy, Sharon, several cousins, nieces, and nephews. In lieu of flowers, please send donations to United Way at https://calgaryunitedway.org.
See more See Less

In Memory Of Foo Sing Wong