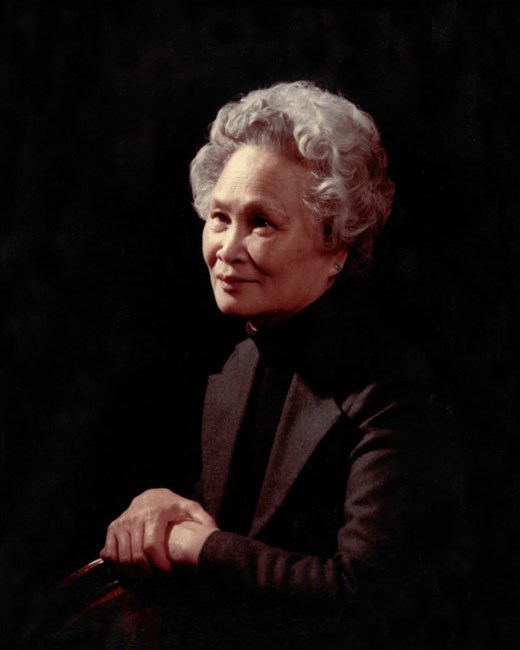 Ms. Wong Pui Yu passed away peacefully in her sleep at her home, on the Saturday, April 25, 2020 in Calgary, Alberta at 101 years of age. Born in Hong Kong in 1918, Wong Pui Yu was the second oldest of four children, surviving her older brother and two younger sisters. In an era where a young lady was expected to stay home, Wong Pui Yu would rather be outdoors, riding bikes and swimming in the ocean. Later she would meet and marry her husband, Leung Koon Ching. Together they had three children, one who tragically died during World War II. Life took a drastic turn when her husband suddenly passed. Finding herself widowed at the tender age of 35 years old, Wong Pui Yu refused to be dependent on anyone, and became a seamstress to support her family and later working as a cleaner for the government. Wong Pui Yu retired at 60 years old and followed her youngest child to Canada in 1979, where he was in taking post-secondary classes. She spent a few months in Vancouver, before finally settling in Calgary, where she lived out the rest of her life, pursuing her love of travelling, raising her two grandchildren and forging strong and lasting relationships with friends and family. Until the age of 100 years, Wong Pui Yu would still take daily walks outside, and ride her beloved transit across the city. She is survived by daughter Celica Leung, son, David Leung, granddaughters, Kar-Lai Lau, Grace Leung-Chow, grandson, Derrick Leung and three great-grandchildren.
See more See Less

In Memory Of Pui Yu Wong