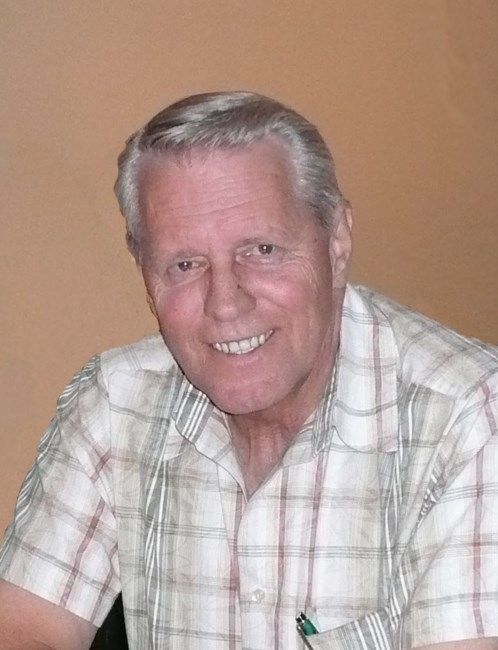 Robert Milton (Bob) Stoness passed away peacefully of natural causes on Satuday, April 11, 2020 at the age of 80 years. Bob was born and raised in Calgary, a city he loved. As a young man he left Calgary briefly for a job in Lethbridge. Luckily for him as it was there that he met and married, Joyce, the love of his life. After welcoming their daughter, Bob & Joyce returned to Calgary. Their son, Kent soon arrived, and more space was needed. They found a newly built house in Southwood and made it their home for over 50 years. Bob was a gifted salesman and back home in Calgary, he set about his life’s work. He started selling furniture at Woodward’s, moved onto used cars at Maclin Ford and ultimately found his true calling selling real estate. An award winning and satisfying 41-year career followed in real estate. It was only recently that he very reluctantly retired. Bob loved meeting new people and his life was always filled with a variety of sales pursuits, small business ownership and home business operations. He always met you with a smile and his phone never went unanswered. To his last days his cell phone remained safely attached to his belt. Watching hockey games on TV, enjoying a good single malt scotch and spending time with his wife and family were the joys in Bob’s life. Bob & Joyce enjoyed going on road trips and tropical holidays like Mexico, Hawaii and ocean cruises. There were also numerous visits to new places in the US whenever Karol, Jeff and the grandkids were relocated. When Joyce passed away a year and a half ago Bob lost his best friend. He grieved for Joyce until he died. Bob will be greatly missed by his daughter Karol (Jeff), his son Kent, granddaughter Kirsten and grandson Tom (Danielle). There are also many loved ones in his extended family that Bob held dear. In addition to nieces and nephews, half-brothers and sisters were also big part of his life and all will miss him greatly. Bob is predeceased by his wife, Joyce and his sister Alice. If friends or family so desire, memorial donations may be made directly to the Alzheimer’s Society of Calgary.
See more See Less

In Memory Of Robert Milton Stoness