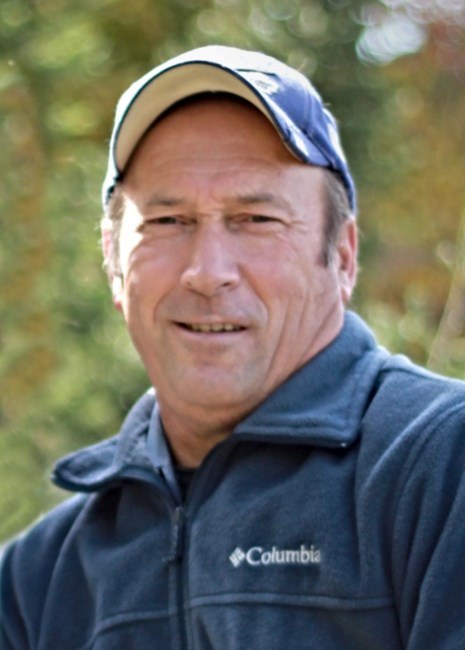 Passed away at the Campbellton Regional hospital on January 17, 2022 at the age of 63, Mr. Peter William Legacy of Campbellton, husband of Lyne (Godin) Legacy. Born in Campbellton on March 31, 1958, son of Geneva (Fugere) Legacy and of the late William Legacy. Peter worked as a contractor for most of his life and had the privilege of working besides his sons, brothers and friends. He enjoyed looking up at the stars and boating on our beautiful Restigouche River. He cherished his entire family and would have done anything and everything for each and every one of us. He shared a very special rivalry with his mother as him being an avid Toronto Maple Leafs fan and she a Montreal Canadians fan. One of his greatest prides was that of being an amazing grandpa, popup or papa to his seven grandbabies. He was a hard worker and seemed to never stop; he could often be found working around his yard listening to his good old music. He is survived by his loving wife Lyne, his daughter Candace Legacy-Parent (Reno), his son Travis Legacy (Claire), his youngest son Ryan Legacy (Mallory) and his seven grandchildren Madison, Millicent, Killian, Braxton, Quinn, Rowan and Shane. He is also leaving behind his adoring mother Geneva, his sisters Lori Ann (Raymond), Jeannine (Paul), Carmen (Tim), his brothers Ricky (Louise), Harry (Nancy) as well as his sister’s in-law and his many nieces and nephews to which he loved each and everyone. A Funeral Mass will be held at St. Thomas Aquinas Church in Campbellton on Thursday February 10th at 11:00 am. Non-Family Members must call the Central Office at 506-547-4737 to register to attend due to reduced capacity. Public Health Guidelines must be followed as well. For those who wish, donations can be made to a charity of your choice in his memory. Funeral arrangements are in the care of Maher’s Funeral Home, Campbellton. (506)789-1699 or toll free (855) 404-1699 email: maher.fh@nb.aibn.com.
See more See Less

In Memory Of Peter Legacy