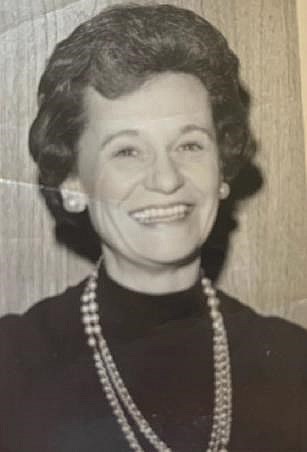 On Sunday July 31st, 2022 Barbara Jean Ellis, beloved wife, mother, grandmother, great grandmother and sister, passed away in Frisco Texas at the age of 95. Barbara was born on October 31st,1926 in Mishawaka Indiana. She was the sixth child of Coessa Sylvia Kunce and William Albert Davis. She was preceded in death by her parents; brothers, Paul, Howard, Gerald, and Joe; niece, Lian Davis; daughter, Mary Karski; and, her husband, Richard (Dick) Ellis. Barbara is survived by her sister Elizabeth (Betty) Laker; her four sons, George Foose, William (Tim) Foose and wife Gwen Foose, John Ellis and wife Susan Ellis, and Richard Ellis; as well as granddaughters, Samantha Chandler, Krisi Karski, Lindsay (Ellis) Lee, Hannah (Ellis) Allen; grandsons, Brady Foose, Blair Foose, Reid Ellis; great grandchildren, Theodore (Teddy) Lee and Alice Foose; nieces, Janet Frost, Vicki Lindahl, Patricia Gonzalez, and Jo Lederman; and nephew-in-law, Ned Ellis. Diligent, organized, frugal, persistent, honest, and selfless are the traits that helped Barbara in her 33-year working career and at home. After being married twice, she raised four boys, George and Tim Foose, and John and Richard Ellis, while also working fulltime as an Executive Assistant in the Financial Department for Associates Corporation of North America. Barbara was always able to make things so that “home” was not just a place but a feeling of warmth and joy. The hardships of raising two boys alone for ten years were met by the help of close friends and family for which Barbara was eternally grateful. The life skills learned during the Great Depression, World War II, and those very difficult single parent years served her well her entire life. Living in a time where the world changed drastically, she found her second marriage to be steadfast, lasting 51 years. She was the family trip planner along with being the steady income provider. In 1976, when Associates Corporation of North America moved to North Texas, the decision to leave behind a huge part of her life and family had to be made. She quickly made new friends while she and Dick found new places to dance, dine, worship, vacation, and bowl. Entertaining friends at home was a way of life that did not stop after retirement. In 1989, she retired to be a dutiful grandmother, spend time with friends, travel, and give back to the community. Many years of serving Metrocrest Services through helping in-need communities, along with church led activities and ladies auxiliary, was but a few of her pursuits. She also was an avid gardener, exploratory baker, and enjoyed playing card games with loved ones. Her legacy will continue to live on within the minds and hearts of everyone she interacted with. A click-to-link button is provided further below if you would like to make a memorial contribution to Metrocrest Services.
See more See Less

In Memory Of Barbara Jean Ellis