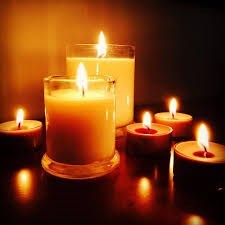 B.E. (Bud) Buschardt, a loving brother, uncle, mentor, and pop musicologist, passed on March 15, 2021 at the age of 79. The son of the late B.E. and Mable Buschardt, he became an avid lover of music at a young age and developed his passion into a successful career in radio and television in the Dallas-Fort Worth market. His quick wit and encyclopedic knowledge on a variety of musical genres resulted in a 35-year career as a national radio producer, writer, and on-air personality. In 2010, he was inducted into the Texas Radio Hall of Fame. Bud’s dedication to his craft also made him a favorite professor at the University of North Texas, where he taught radio and television production for 46 years. In addition to a fun, sometimes irreverent, approach to teaching, Bud’s innate kindness established him as a supportive mentor who was always available for guidance and an encouraging word, even years after students left his classroom. Bud is survived by his sister, Sue Ann Harris of Winston-Salem, NC and brother George Buschardt (Sharon) of Houston, Texas, along with many nieces and nephews. He was a member of Chapel of Cross Church. Many thanks to all his friends who provided assistance, especially Doug and Diane Shackelford of Dallas, Texas. In lieu of flowers, a scholarship has been started and you can donate to: Bud Buschardt Endowed Scholarship (checks payable to UNT Foundation), University of North Texas, 1155 Union Circle #311250, Denton, Tx. 76203-1250. Attention: Holden Walker. Memorial Services: Houston- Saturday 4-10-21, 2PM @ St. Francis Episcopal Church, 345 Piney Point, Houston 77024. Dallas-Thursday 4-15-21,4PM @ Granada Theater, 3524 Greenville Ave, Dallas, TX 75206.
See more See Less